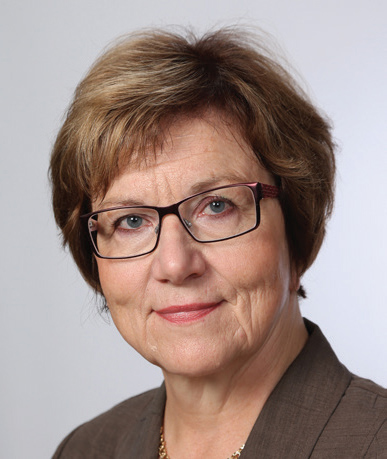 I am pleased to welcome you all to Cape Town, South Africa to the World Library and Information Congress:  IFLA’s 81st General Conference and Assembly.

It is indeed a great pleasure for IFLA to have the opportunity to meet again in its Africa Region.  Kenya hosted the first IFLA Congress on the African continent in 1984. This is the second IFLA Congress in South Africa. The first one was in Durban in 2007.

On behalf of IFLA I would like to thank the Honourable Minister of Arts and Culture and honourable Deputy Minister of Arts and Culture for your support for this conference and the assistance from your Ministry and Department, and congratulate you on your initiative to work with all ministers for libraries in Africa to discuss the important roles that libraries play in society and its development. On Friday 14th August, there was a ministerial summit of African ministers responsible for libraries discussing these important issues. It was a very successful conference.

There are many connections between South Africa and IFLA. One of our past IFLA Presidents comes from South Africa as Ellen Tise served as President in 2009-2011 as the second African IFLA President after Kay Raseroka from Botswana. Since 2007, the IFLA Regional Office for Africa has been housed within the University of South Africa (UNISA) in Pretoria. I had the pleasure to visit UNISA and the IFLA office this spring. I was very impressed by the work being done there to advance libraries and to promote IFLA’s goals on this continent. I was invited to attend the launch of the South African Library Week in Cape Town, organised by LIASA [Library and Information Association of South Africa]. South African colleagues have also participated actively in the IFLA Committees and Congresses.  I would like to thank the South African library community for your continuous support to IFLA.

I would also like to extend my sincere thanks to other African countries and colleagues who have in many ways contributed to the work of IFLA and advanced our profession in Africa. There are two IFLA language centres in Africa, one in Senegal for the French speaking Africa and one in Egypt, for the Arab language at Bibliotheca Alexandrina. Botswana was one of the pilot countries that attended the Building Strong Library Associations Programme.  Africa has two representatives on the new Governing Board, Ellen Namhila from Namibia and Victoria Okoije from Nigeria as well as other representatives in other IFLA bodies. The African Library Summits and the African Public Library Summit have raised the profile of libraries throughout Africa, as have AFLiA [African Library Associations and Institutions], the African Library Association and regional conferences like SCECSAL [Standing Conference of Eastern, Central and Southern African Library and Information Associations].

As IFLA President, one of my first trips in 2013 was to Tanzania and Namibia where I attended conferences dedicated to my Presidential theme like the Namibia Library Symposium. The publication of the proceedings of the Symposium will be launched tomorrow at this conference.

Cape Town is an ideal venue for the IFLA World Library and Information Congress as it is the cradle of the library sector in South Africa.  The South African Public Library was opened here in 1818 as the first library in South Africa. Cape Town is also the most popular international tourist destination in South Africa. This is due to its good climate, natural beauty, and well-developed infrastructure. I am sure many of you will also take the opportunity to enjoy the spectacular scenery and many attractions of this ‘Mother City and the legislative capital’ and its environment.

The development during the last 20 years in the new free South Africa has seen a major progress in the library and Information sector. According to Ujala Satgoor, the Chair of the National Committee, “given its history and commitment to redress, South African Library and Information Sector is well positioned to ‘redefine, reimagine, repurpose and reinvigorate” itself by locating libraries as cornerstones of democracy, reconceptualising services, practices and LIS education, promoting libraries as desired learning and community spaces, and by entrenching our own best practices. In celebrating the achievement of libraries in 20 years of democracy, it also affirms that the outlook for the future of South African Library and Information Sector is indeed exciting.’

We can congratulate the South African people for the peaceful development of the country after the apartheid era and for all the achievements made in many fields of society. It has been a long walk to freedom and it has demanded many sacrifices.  The apartheid policy forced many South Africans to flee their home country. Some of them spent years in Tanzania in an educational centre for South African refugees called SOMAFCO (Solomon Mahlangu Freedom College) founded by The African National Congress, the ANC. This was an attempt to create an alternative, non-racially segregated society in exile, dating from the late 1970s.

There was also a library in SOMAFCO that gave these exiles an opportunity for self-education.  Finnish librarians worked there since 1985, I myself being the last one before the centre was closed in 1992. We worked together with South Africans who ultimately received library and archive qualifications in Europe and Africa, and after repatriation also here at the University of the Western Cape. I am very happy and proud that one of them, Mandla Ngubeni is attending this IFLA Congress with us today. After the congress, I will have reunions also with many of the other South African colleagues I met and worked with in Tanzania now more than 20 years ago.

That early experience of the library and information environment in Africa and later also elsewhere has had a huge influence on me, both professionally and personally. These experiences have made me aware of the differences, especially the barriers, in access to information especially in developing and transitioning countries but also in developed ones. I had that in mind when I chose my Presidential theme.

My theme is Strong Libraries, Strong Societies.  I chose this theme as I firmly believe that libraries exert a crucial impact on societies by promoting equal opportunities and equitable access to life-long learning and education, to research and innovation, to culture and recreation for all. By bridging the information gaps, libraries can contribute to building stronger communities and societies.

Since it is the global voice for libraries, IFLA plays a fundamental role in advancing libraries and library associations in all parts of the world. It provides strategic tools for the development of libraries like the Trend Report, The Lyon Declaration and the Building Strong Library Associations Programme to name just few.

As our hosts state in their welcoming letter, the conference theme “Dynamic Libraries: Access, Development and Transformation” is of critical importance to strengthen democracy on a continent where libraries need to connect with civil society to demonstrate the value they add in eradicating poverty, illiteracy, unemployment and ignorance with special emphasis on early childhood development, youth services, women’s health and local economic development.”  The conference theme is closely related to my Presidential theme, Strong Libraries, Strong Societies.

A perusal of the conference program will indicate that the IFLA Sections and groups have adopted the conference theme and my Presidential theme into their sessions. One session to which I would especially welcome you is the President’s Session tomorrow morning from 9.30 to 12.15. The theme of the session is Strong Libraries, Strong Societies: Access, Development and Transformation. The session features eminent speakers who will share their views on the transformational role of education, science, culture, innovation and libraries in development and building strong societies.

In summary, the 81st congress will offer knowledge, experiences and networks of professionals to all of you. It is a venue to exchange and share information, insights, and reflections on what a dynamic library should be as well as a forum to strengthen personal connections with colleagues from all parts of the world. I am sure that your stay in Cape Town will be a memorable experience for you and that you will take home with you new ideas from the inspiring presentations, warm memories of meetings and the legendary South African hospitality.

It is with great pleasure that I declare the 81st IFLA General Conference and Assembly open!