This postcard was produced by IFLA and distributed at the 64th IFLA General Conference August 16-21, 1998 in Amsterdam, The Netherlands. It reaffirms IFLA's commitment to Article 19 of the United Nations' Universal Declaration of Human Rights. The calligraphy is done by Tessa Fagel. 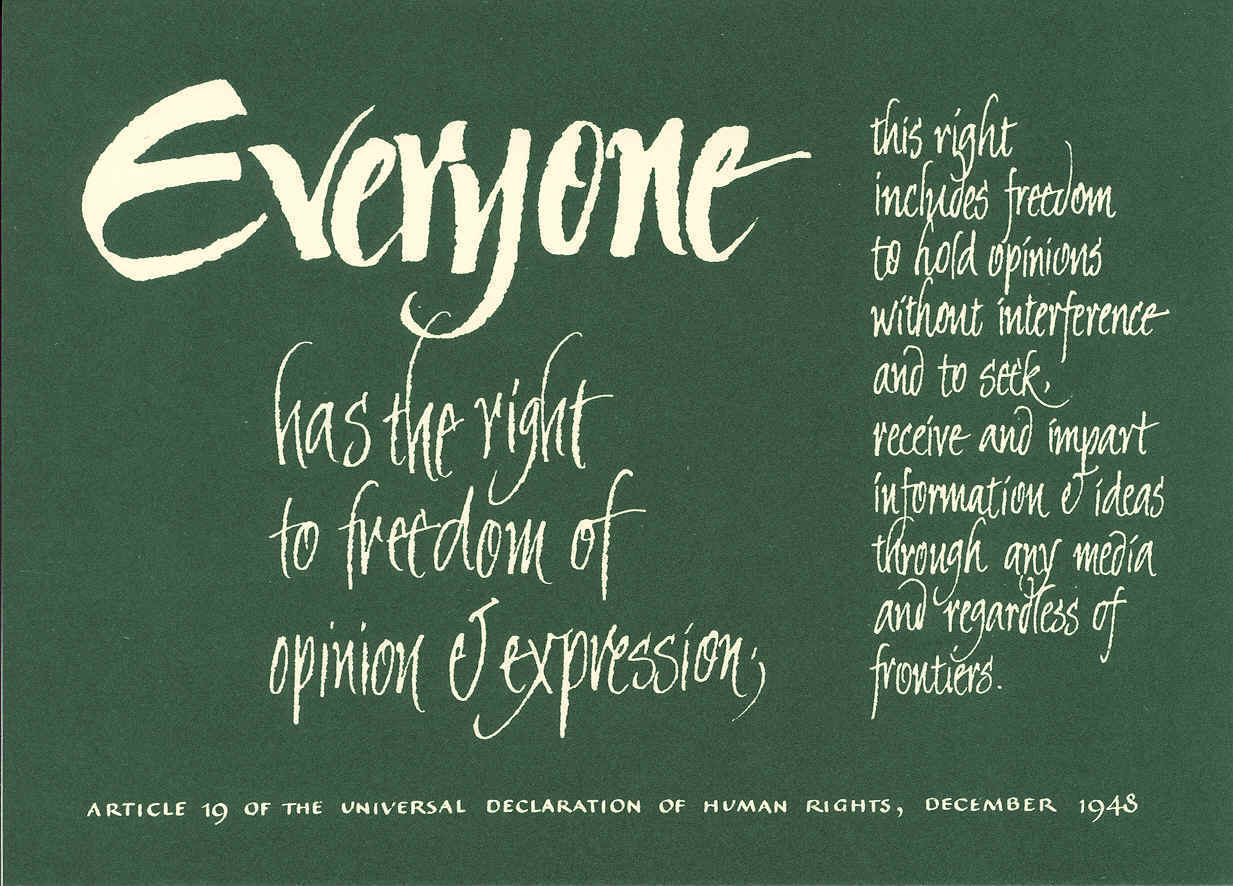