​The Declared Actions from the 10th meeting of the World Urban Forum, focusing on the role of culture and innovation in creating cities of opportunity, have underlined the contribution libraries can make to this goal as basic cultural services.

The World Urban Forum, which met for the 10th time in Abu Dhabi, United Arab Emirates on 8-13 February with over 13000 people in attendance, is the premier global event for discussing how to create stronger and more sustainable cities and communities. 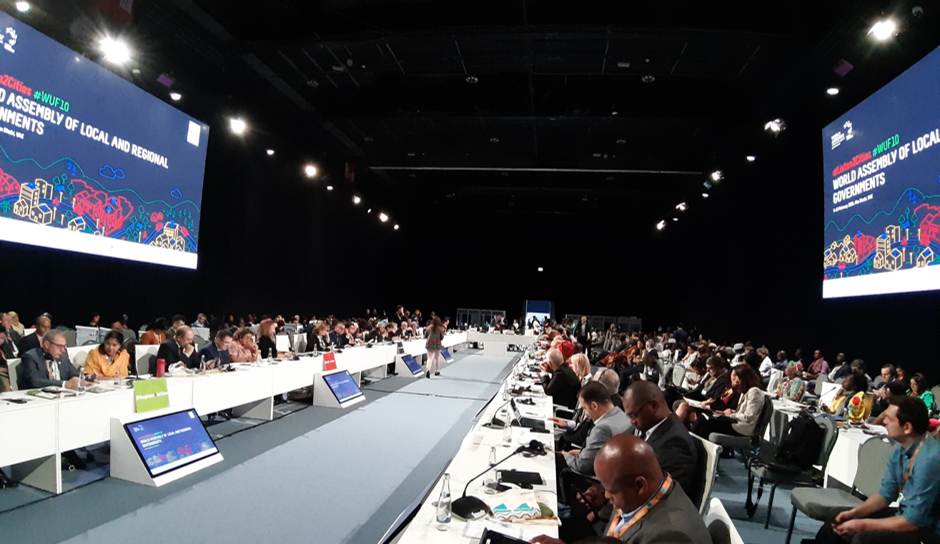 Organised by the UN Programme for Human Settlements – UN HABITAT – it brings together other UN and intergovernmental organisations, national and local governments, experts and civil society representatives from around the world. IFLA participated actively at the event, speaking in four different sessions.

With a focus this year on ‘Cities of Opportunities: Connecting Culture and Innovation’, there was strong awareness at the Forum of the need to identify actions that can accelerate progress towards achieving the Sustainable Development Goals.

Culture and heritage are key areas for such actions, helping to build social capital, stimulate creativity, boost resilience in the face of change, and providing a source of experience and expertise. But for everyone to be able to contribute and benefit, everyone needs to have access to basic cultural services.

Crucially, the Declared Actions from the Forum underline that libraries are just such services, enabling local and regional governments to drive social, economic, environmental, political and cultural progress (paragraph 5).

This reference in a document emerging from such a major event is very welcome, and can be used by libraries and library associations in efforts to gain recognition as key players in both urban development and culture policies. Furthermore, it also makes it clear that libraries can be seen as part of the ‘offer’ necessary to achieve SDG1.4 for example – universal access to basic services.

IFLA strongly encourages its members to draw on this reference in your own advocacy, both with local governments and relevant national ministries.

Read more about IFLA's participation in the World Urban Forum.