Partnering for Education, Science and Culture at the UNESCO General Conference

The IFLA delegation had a successful week at the 40th Session of the UNESCO General Conference. From 18-21 November, IFLA represented the library and information profession in a series of meetings with delegates and UNESCO committees.

Reflecting the breadth of IFLA's engagement with UNESCO, our engagement covered a number of areas:

IFLA’s Secretary General Gerald Leitner and former President Glòria Pérez-Salmerón attended the 34th ordinary session of the board of the Regional Centre for Book Development in Latin America and the Caribbean (CERLALC). In a preparatory meeting, the IFLA Secretary General set out IFLA’s priorities and strengths, and discussed possibilities to work together to strengthen libraries.

During the formal session, Glòria Pérez-Salmerón delivered an address strongly welcoming the work of CERLALC in strengthening libraries and reading in the region. She underlined how this work fits together with IFLA’s own strategy to inspire, engage, enable and connect the field, and encouraged more collaboration in the future. 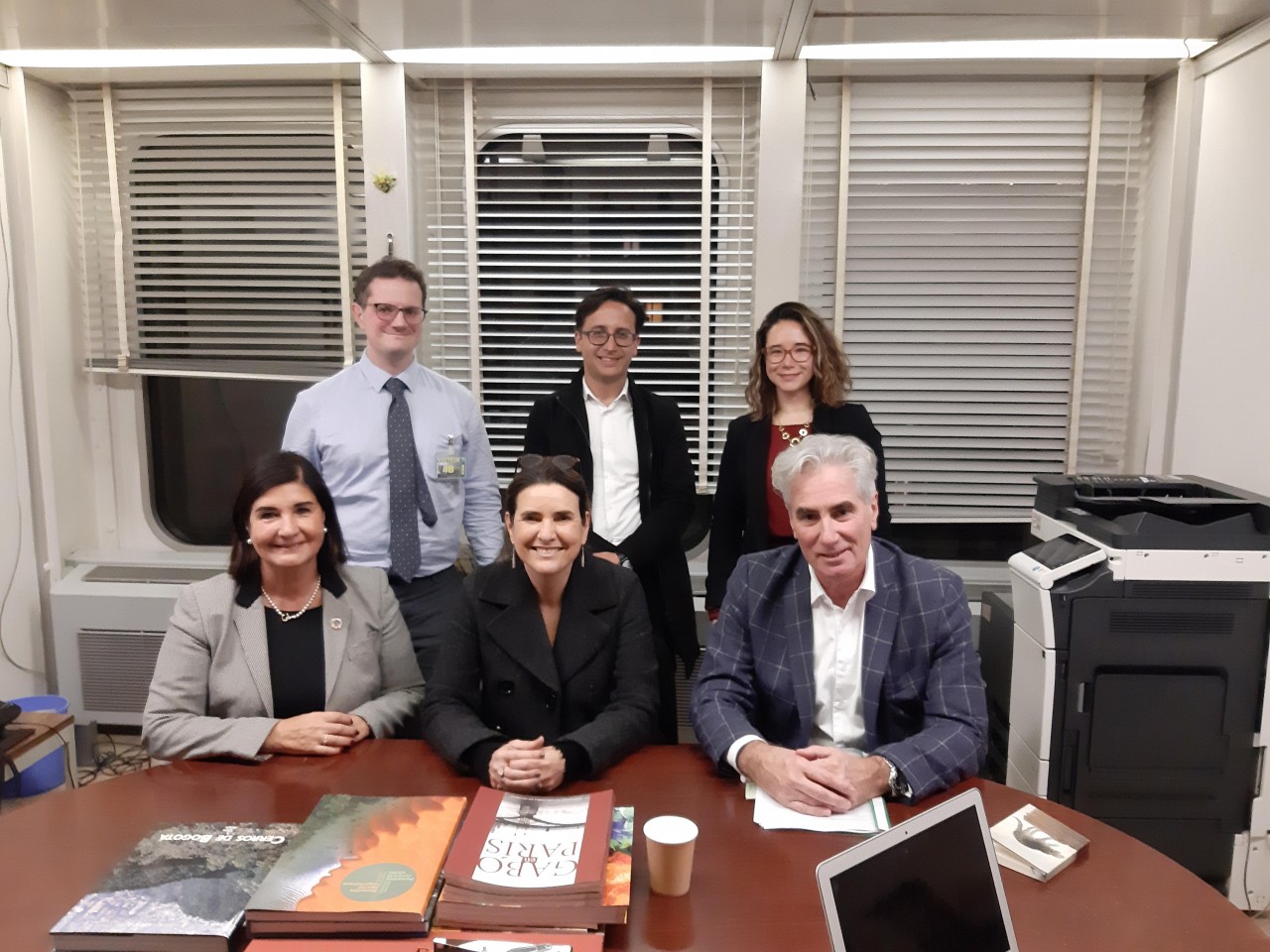 Forum of Ministers of Culture

IFLA was also present for the Forum of Ministers of Culture, on the topic of Culture and Public Policy for Sustainable Development. More than 130 Ministers attended this major event, discussing the central place of culture in public policies and its role in delivering sustainable development.

Building on the momentum of this Forum in the meeting of the Culture Commission, we encouraged Member States to use their Voluntary National Reviews (a key part of the process for implementing the Sustainable Development Goals) to highlight the contribution of culture in their countries.

We also used this opportunity to promote the report: Culture in the Implementation of the 2030 Agenda, coordinated by the International Council on Monuments and Sites (ICOMOS) and United Cities and Local Government with support from IFLA. 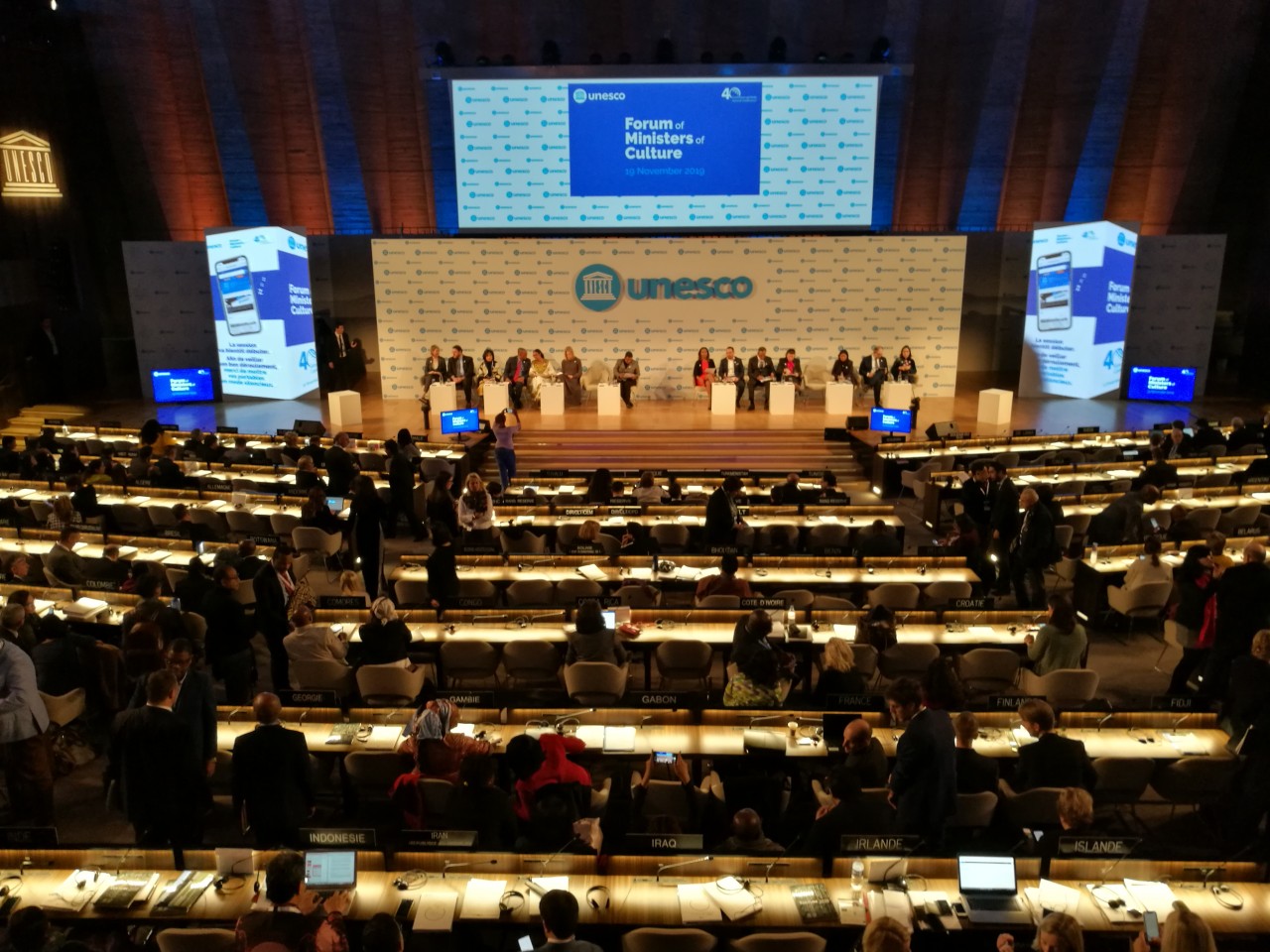 IFLA’s representative took the floor during the CI Commission meetings to voice support for the Draft Recommendation on Open Educational Resources. This recommendation concerns the vital role of accessible educational resources towards delivery of inclusive and equitable quality education and lifelong learning opportunities for all.

As access to information, sharing knowledge and building open, participatory societies are core values of the library profession, we also encouraged member states to include experts from the library field in work to create, access, re-use, adapt and redistribute open educational resources.

Firstly, we voiced strong support for the call to strengthen the implementation of the 1970 Convention on the Means of Prohibiting and Preventing the Illicit Import, Export and Transfer of Ownership of Cultural Property. In addition, we advocated for a broad view of cultural property to be considered by Member States, taking account of the unique nature of documentary heritage.

During the critical discussion on UNESCO’s Medium-term strategy and budget for 2022-2029, IFLA joined several Member States in voicing support for ongoing provisions for preserving documentary heritage.

Preservation issues relating to documentary heritage in digital form, specifically born-digital heritage, are sure to continue to be a major consideration in the conservation of, and access to, our cultural heritage. Therefore, IFLA called for ongoing cooperation between the Culture and the Communication and Information Sectors to ensure this part of our cultural heritage continues to be preserved and accessible.

Between sessions, IFLA’s representatives met with delegates from Member States, NGOs and UNESCO Headquarters. In advocating for the role of libraries, we encouraged partners to consider the role of libraries in creating national and local level programmes that take concrete action towards achieving the goals of UNESCO.

Read more about key issues for libraries at the UNESCO General Conference.