Since the IFLA Library History Special Interest Group (SIG) decided to partner with another IFLA section on a session at the conference, we had a 2-hour time slot in which we were able to hold a business meeting for the SIG. I thank those who joined us for this meeting as it was great to meet up with some of the SIG’s "Committee" as well as welcome some new faces.

The discussions assisted the SIG considerably with its future planning and all will be revealed in our Action Plan for 2019-2020.  Suffice to say that there was considerable interest in the SIG playing a role in recording the oral histories of librarians around the world, as well as investigating what has already been done in this regard.  And in addition the SIG will have some involvement in a plan to record the oral stories of IFLA’s Past Presidents and Secretaries General.

And here is a photo of the presenters and the session organisers: 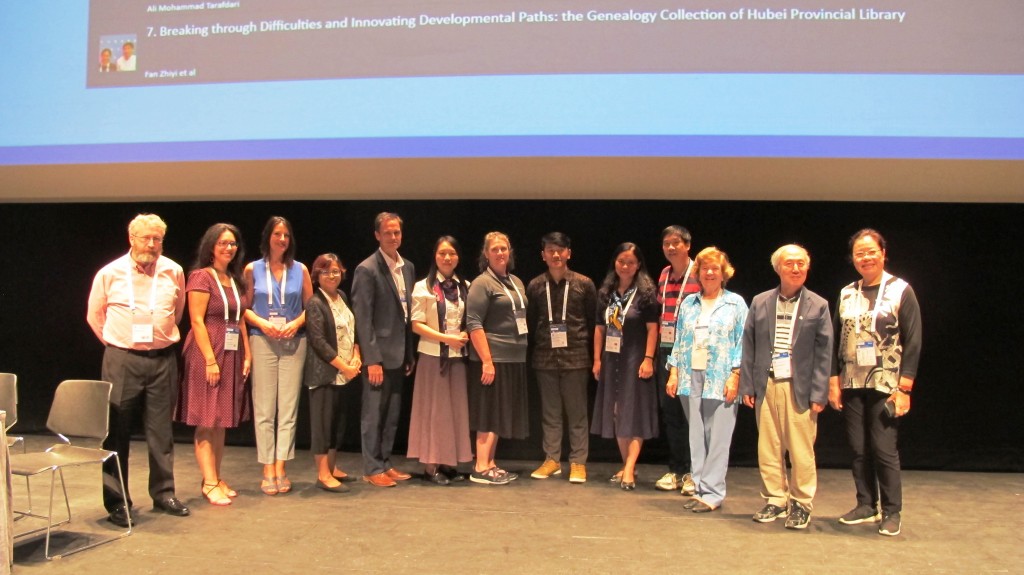 Some of us were able to attend “Committee” member Peter Lor’s book launch: 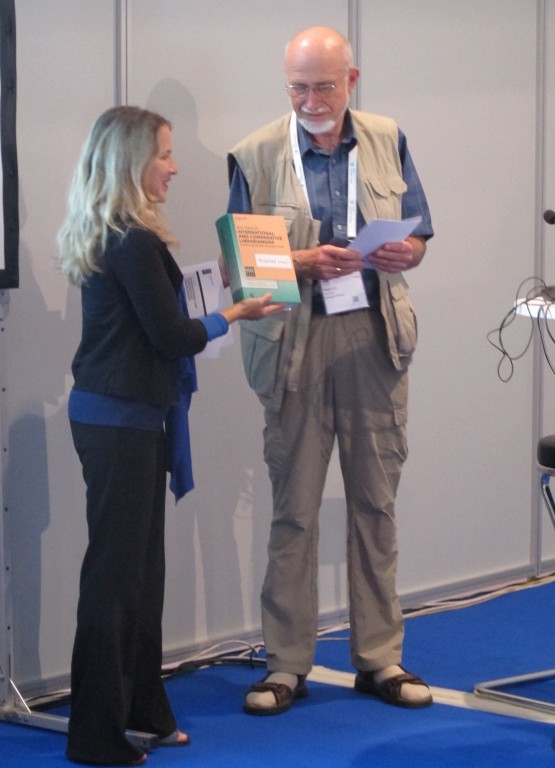 During the Closing Session on 29 August, IFLA President Glòria Pérez-Salmerón and IFLA Professional Committee Chair Raissa Teodori included in the conferring of the honours and awards two IFLA members who have had a long history of support for library history with the IFLA Scroll of Appreciation presented to: 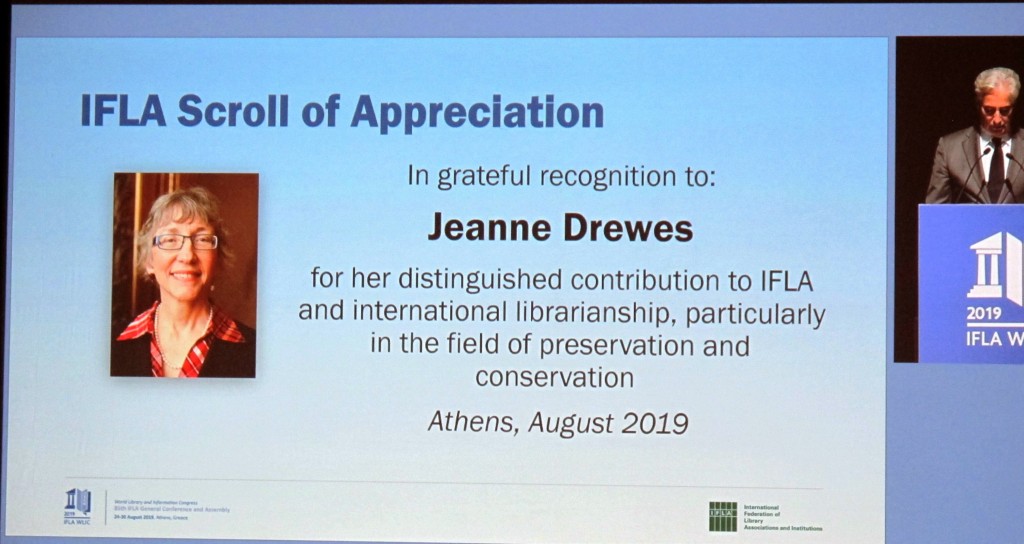 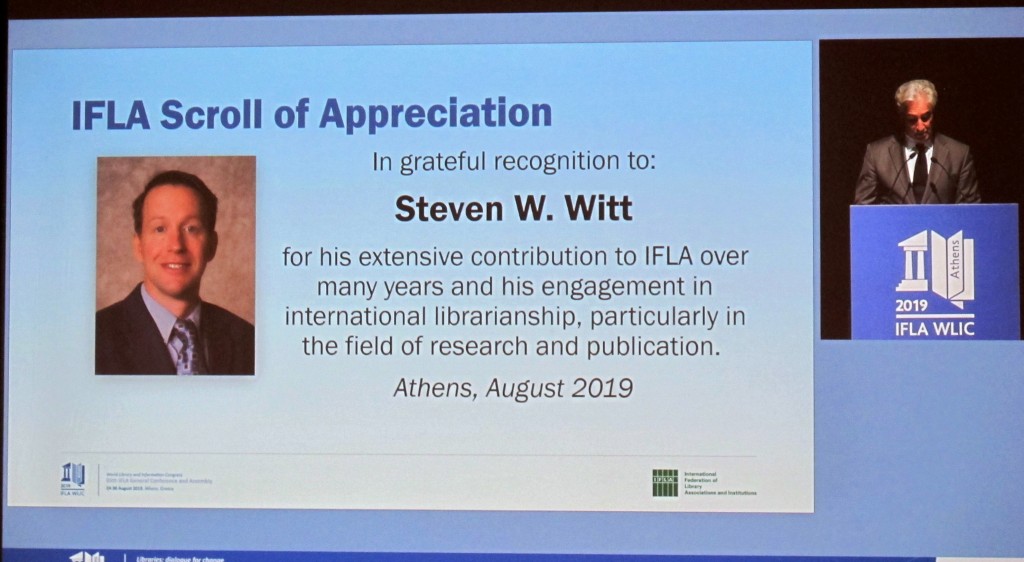 Nor can we forget the wonderful cultural experiences that the people from Athens shared with us during the opening and closing ceremonies and the cultural evening – a conference to remember! 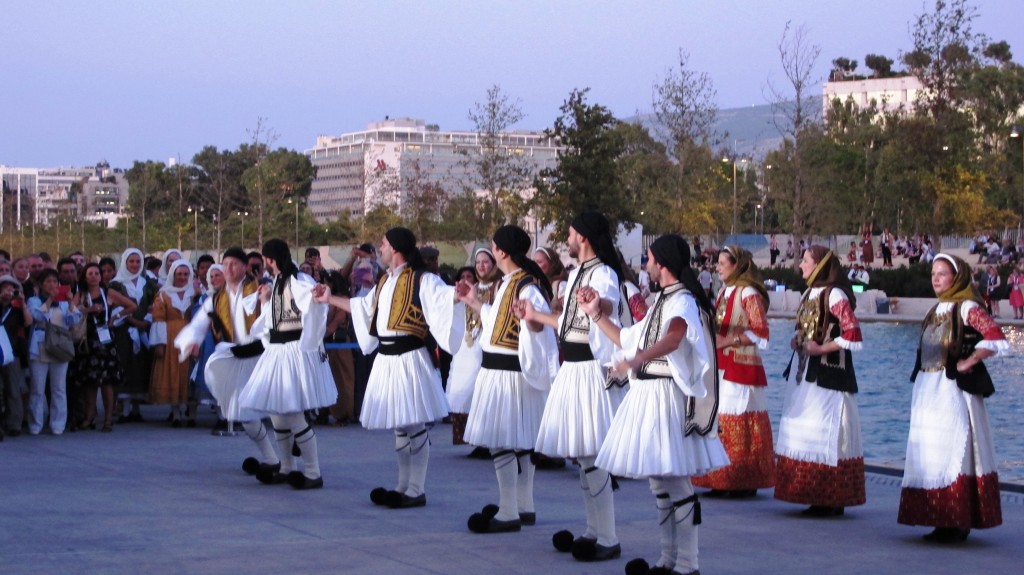