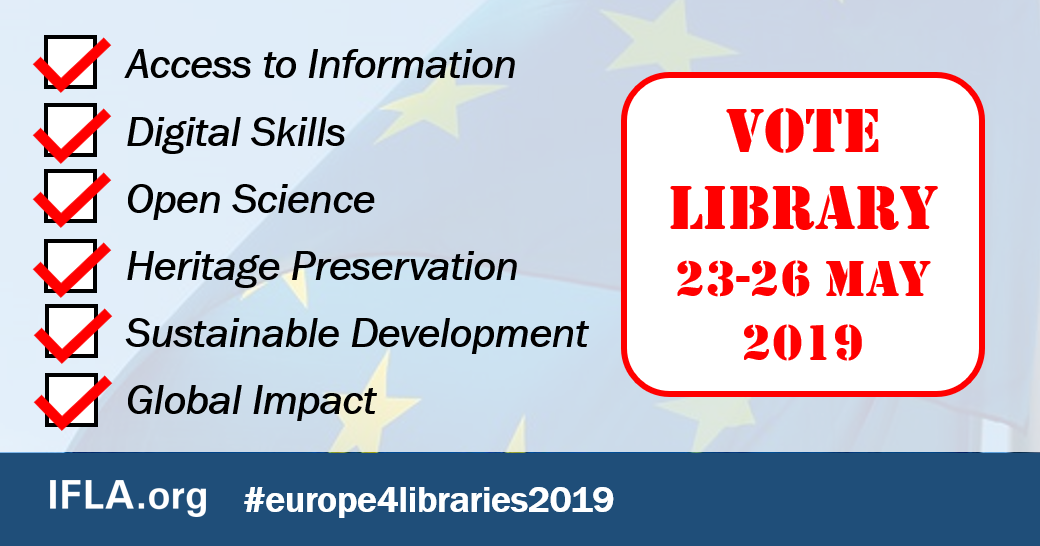 Today, voters in most European Union Member States will choose who will represent them for the coming five years in the European Parliament. Their choices will have an impact, not least on libraries.

The European elections will see a set of 751 people elected from 28 Member States. They will have a decisive role in selecting the new President of the European Commission, and in amending and approving legislation.

In the past five years, new rules around copyright, the importation of cultural heritage, accessibility, and open access have all been on the agenda. The next five will see major budget dossiers agreed, as well as further reviews and reforms on issues closely related to libraries.

IFLA, working with EBLIDA, Public Libraries 2020, LIBER and SPARC Europe, created the Library Manifesto for Europe in order to identify priorities for libraries and their users.

In each of these areas, Members of the European Parliament (MEPs) will be able to shape laws, policies and practices.

Five of the six biggest European political parties have responded to this Manifesto, each underlining how they plan to support the work of libraries in each of these areas.

At the national level, library associations have translated the Manifesto, and engaged with parties and politicians, with some providing their own responses to the questions raised.

These responses will not only help voters decide how to choose in the elections, but will be a reference point for libraries and those who care about them in the coming years.

Read the responses received on our publications page.