Plenary Hall in Kuala Lumpur’s Convention Centre came alive in spectacular fashion on Saturday 25 August, as over 3500 delegates from more than 110 countries filled Malaysia’s premier convention venue to experience the official opening of the 84th IFLA General Conference and Assembly. The Congress theme of “Transform libraries: Transform societies”, along with its equally important companion tagline of ‘Reaching out to the hard to reach’, reverberated throughout the session as we kick off another WLIC—the international flagship professional and trade event for the library and information services sector. Stay tuned for more! 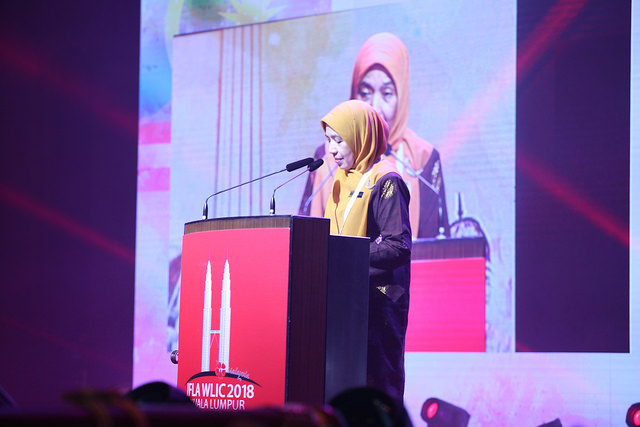 Both communicated the deep commitment the National Committee Malaysia as well as the city of Kuala Lumpur have made towards making this year’s WLIC a success—and the central role libraries and librarians play in keeping Malaysia a literate, inclusive and participatory society. 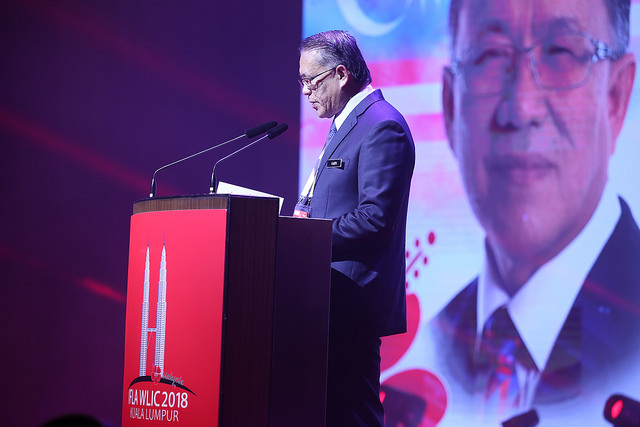 Library infrastructure in Malaysia, especially in the city of Kuala Lumpur, has been significantly transformed to reach out to those who are inaccessible, and [with libraries] highly-equipped by ICT, creates knowledge networks throughout the city [. . .] We are trying as much as possible to accommodate the need for information for all walks of life, and the cooperation between library and Kuala Lumpur city is one way to accommodate the needs.”
Tan Sri Haji Mhd Amin Nordin bin Abd Aziz, The Mayor of Kuala Lumpur

Next we heard two inspiring addresses to Congress delegates by IFLA President Glòria Pérez-Salmerón and IFLA Secretary General Gerald Leitner. Their words left no doubt in attendees’ minds about the commitment, proactive vision and bright future both IFLA and Malaysia have for the global library profession. 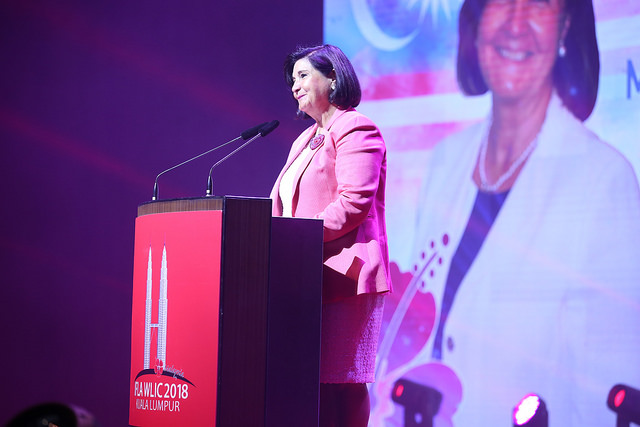 We are the motors of change, and we are ready. Ready to move up a gear. It is our duty. And our opportunity.  Because societies are better, fairer, stronger and more diverse for being shaped by libraries.”
IFLA President Glòria Pérez-Salmerón

Your ideas and your actions

IFLA Secretary General Gerald Leitner gave a tantalizing preview of the next two important steps in the IFLA Global Vision journey.  On Sunday, IFLA will unveil an important contribution to our efforts to create a global discussion by releasing the full version of the Global Vision Report. 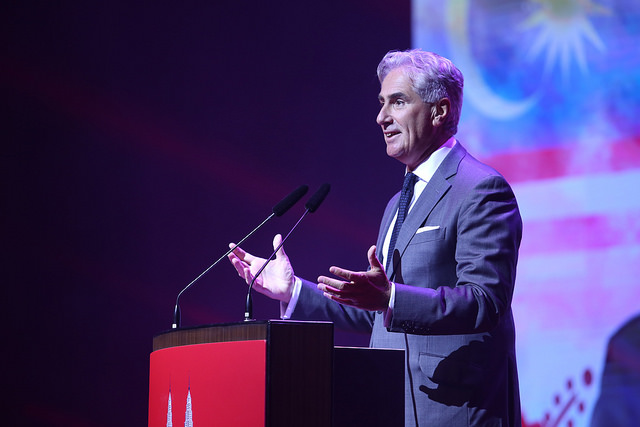 The IFLA Global Vision report is the manifestation of a new idea of IFLA and of the power and potential of a united library field. But we are just at the beginning. For the realisation of all the great opportunities which the Global Vision Report identifies, we need all of you. Your ideas and your actions.”
IFLA Secretary General Gerald Leitner

But that’s just a beginning. IFLA will also launch the biggest Ideas Store for actions to make the Global Vison a reality. “But all this depends on you, on your experience, on your creativity, on your engagement…”  said Gerald Leitner. And so on 26 August, we invite librarians and library friends from all over the world to contribute their ideas for the collective vision for future libraries.

After a speech from The Hon. Mohamaddin Ketapi, Minister of Tourism, Arts and Culture Malaysia, who highlighted the crucial role libraries play in Malaysian society, came the Keynote Address by Tan Sri Dato Sri Ali Hamsa, Chief Secretary General to Government of Malaysia.  He provided an overview of the country’s ambitious goal to create a “knowledge and reading culture” by strengthening information literacy programmes, building cooperative library networks, and facilitating equitable knowledge and resource sharing—especially to the hard to reach. 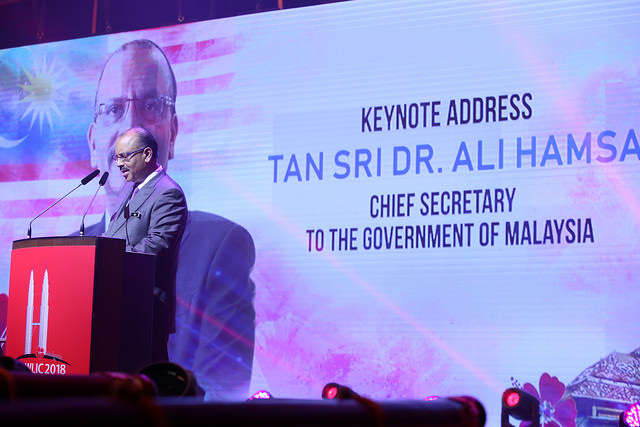 Knowledge has always been the most powerful transformative force that helps a society evolve, and libraries have been the sole backbone to the dissemination of this knowledge before the age of the internet.”
Tan Sri Dato Sri Ali Hamsa

Delegates were then treated to an entrancing theatrical performance by the Istana Budaya ensemble that highlighted Malaysian culture. 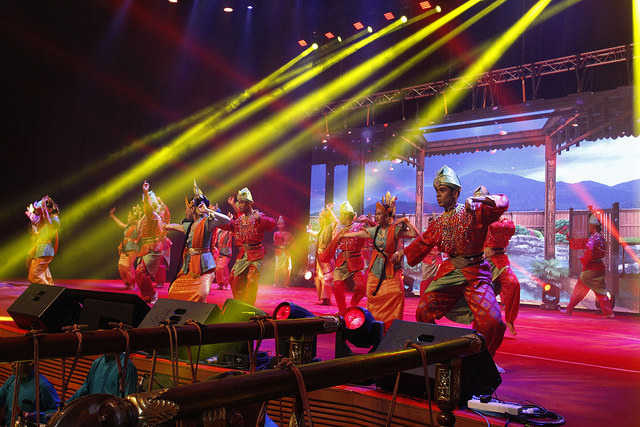 The Opening Session concluded with a deeply supportive video address to Congress delegates by the Hon. Tun Dr. Mahathir Bin Mohamad, The Prime Minister of Malaysia.  His address is viewable in the YouTube link above.

See photographs from the Opening session in our Flickr Album.