IFLA Metropolitan Libraries Short Film Award. The winner for 2017 is...

Sponsor for 2017: Free Library of Philadelphia

The contest A Corto di Libri received 31 submissions from Europe, North / South America and Australia. Among those, 17 films were selected because of their focus on a public library in the context of a metropolitan area. They had to be in English language or provide English subtitles.

During the IFLA MetLib Conference in Montréal (Canada), on May 4, these 17 short films were projected and voted by 37 librarians. Two “VIP” votes were added by the Chairs of the Standing Committees of the Section on Public Libraries (Marian Morgan Bindon) and the Section on Audiovisual and multimedia (Michael J. Miller).

The IFLA Section on Metropolitan Libraries is pleased to announce the winner:

The film is an interview with a pregnant woman, who shows the tactile book she made - in the library - for the baby she was expecting. Page after page, she describes the fabrics she used or re-used, how she learned to sew and embroider, the personal references and meanings of the images she picked. The library is a place of learning and comfort during a delicate time in the life of a woman. 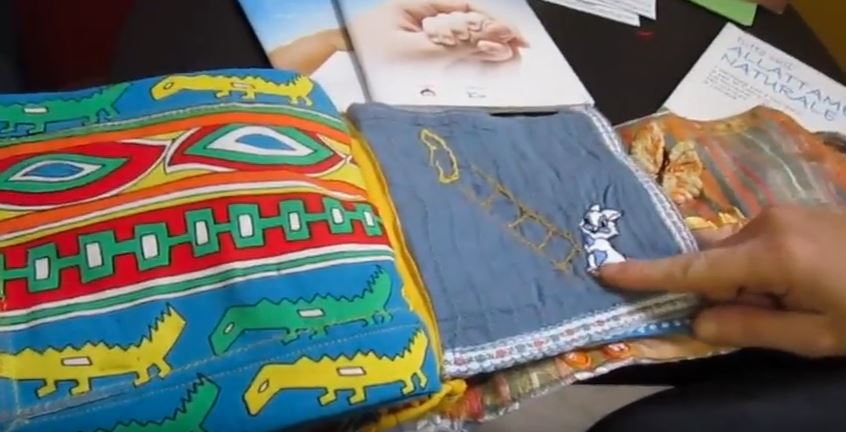 The winner will receive € 500,00 as a contribution to travel expenses to the IFLA World Library and Information Congress in Wrocław (Poland). The IFLA Awards Presentation will take place on Tuesday, 22 August, 12:45-13:45 (Expo Pavilion, Session 154).

An event, with the projection of all the films and Q&A with the winner, is planned for Monday, August 21, at branch library nr.29 of the Public Library of Wrocław (to be confirmed).

The vote count at the Grande Bibliothèque in Montréal [courtesy: Di Tillio]

Thanks to Nathalie Martin (Bibliothèques de Montréal) and to the technical staff of BANQ (Bibliothèque et Archives Nationales du Québec) for their precious collaboration.