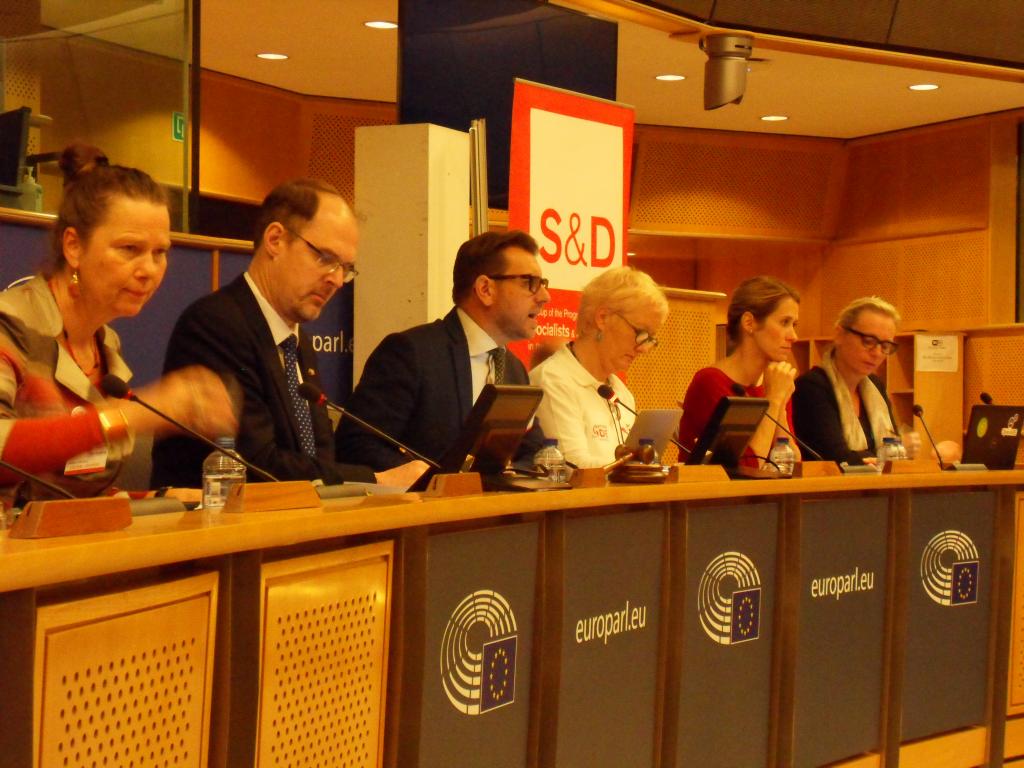 A hundred Members of the European Parliament took the opportunity last week to meet librarians from their own countries, as part of Public Libraries 2020’s successful Generation Code: Born at the Library event. IFLA was proud to attend and lend its support.

MEPs are constantly exposed to professional lobbyists. Therefore, talking with people who are providing library services on a daily basis offered a refreshing insight. They came away with a much better idea of the challenges librarians face, and how European reforms will help. Many MEPs subsequently joined a Library Interest Group, underlining their support for the work that IFLA’s members in Europe are doing.

The event also provided a showcase for some of the best examples of how libraries are fulfilling their public service mission in a digital age. From coding classes to maker spaces and introductions to virtual reality, libraries are complementing their traditional work with new activities. These help their users to gain new skills and experience.

Libraries are Already Acting – What About Decision-Makers?

As IFLA Secretary-General Gerald Leitner underlined in a speech, the work of Europe’s librarians is a source of inspiration and excitement for IFLA’s members around the world. But to date, sadly, the same commitment to great library services had not been shared by Europe’s decision-makers.

Libraries needed them to seize the once-in-a-generation opportunity offered by the current copyright reform package. And they had to reverse their unjustified opposition to progress for a better legal situation for libraries worldwide at the World Intellectual Property Organisation.

Theresa Comodini Cachia, who will play a central role in defining the European Parliament’s position on the proposals, spoke about the importance of libraries and access to knowledge. Kaja Kallas MEP, who has long engaged on digital issues, stressed that lifestyles were changing, and that laws had to adapt or lose legitimacy.

Erna Winters from Kennemerwaard Public Library stressed the need for action on eLending and fairer licence terms, while Inge Van Nieuwenburgh from the Unviersity of Ghent underlined what was to gain from effective provisions on text and data mining and allowing libraries to share books and other documents. You can read more about IFLA’s position on EU reforms here, or see this booklet from partner organisation LIBER for more information.

There remains much to do, at national, regional and international levels. But it is encouraging to know that libraries have so many friends in the European Parliament.