The IFLA Section on Management and Marketing in collaboration with BibLibre is pleased to announce the winners, finalists and top ten projects of the 13th IFLA BibLibre International Library Marketing Award for 2016!

The award honors organizations that have implemented creative, results-oriented marketing projects or campaigns that promote the library and information services industry.  First place goes to the Vancouver Public Library (Canada) for its Inspiration Lab Launch Campaign.

We received 71 applications from 26 countries, in 6 languages from all over the world!

The first and the second winner will receive airfare, lodging and registration for the World Library and Information Congress: 82nd IFLA General Conference and Assembly in Columbus, Ohio, USA 13 – 19 August 2016. Cash awards of €2000, €1000 and €500 respectively, which must be used to further their marketing efforts, will also be awarded to the first, second and third-place winners.

Look at the applicants in Google Maps! 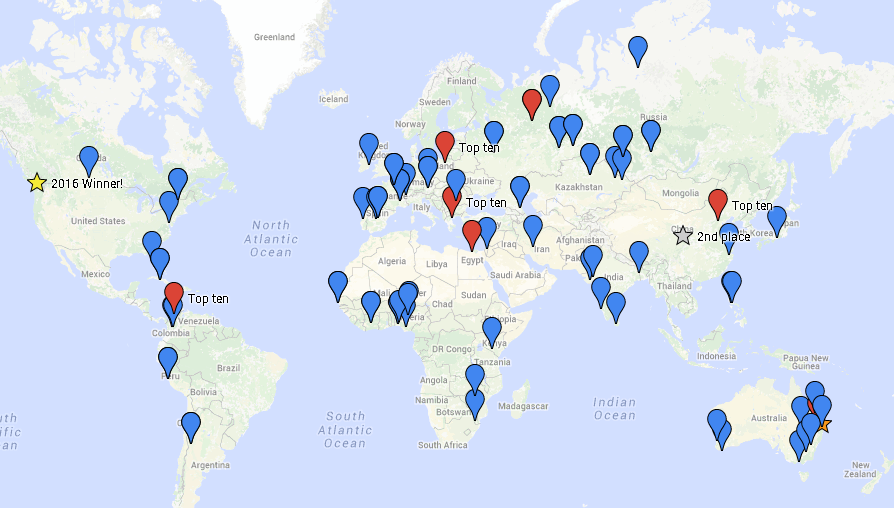