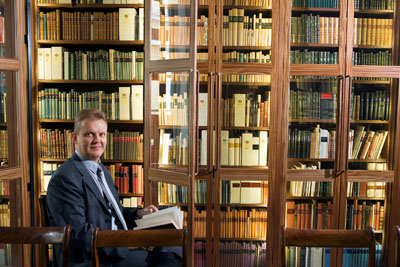 IFLA's Governing Board has named Kai Ekholm, Director and Chief Librarian of the National Library of Finland, as the Chair of FAIFE for the term 2009-2011.

The objective of the IFLA's FAIFE (Free Access to Information and Freedom of Expression) Committee is to enhance the public's awareness of freedom of speech and expression in library operations. Besides publishing international reports and surveys, the Committee activates discussion in the library world and its immediate surroundings.

Kai Ekholm has lectured on censorship and the freedom of speech for about twenty years. His online publications include Kielletyt kirjat (Banned Books, 1997). In his doctoral thesis (2000) Ekholm treated political censorship in Finnish libraries from 1944 to 1946.

As FAIFE’s new Chair, Ekholm will succeed Emeritus Professor Paul Sturges of the Loughborough University’s Department of Information Science. Professor Sturges has served as FAIFE Chair tirelessly since 2003 and will step down following the Milan Congress.