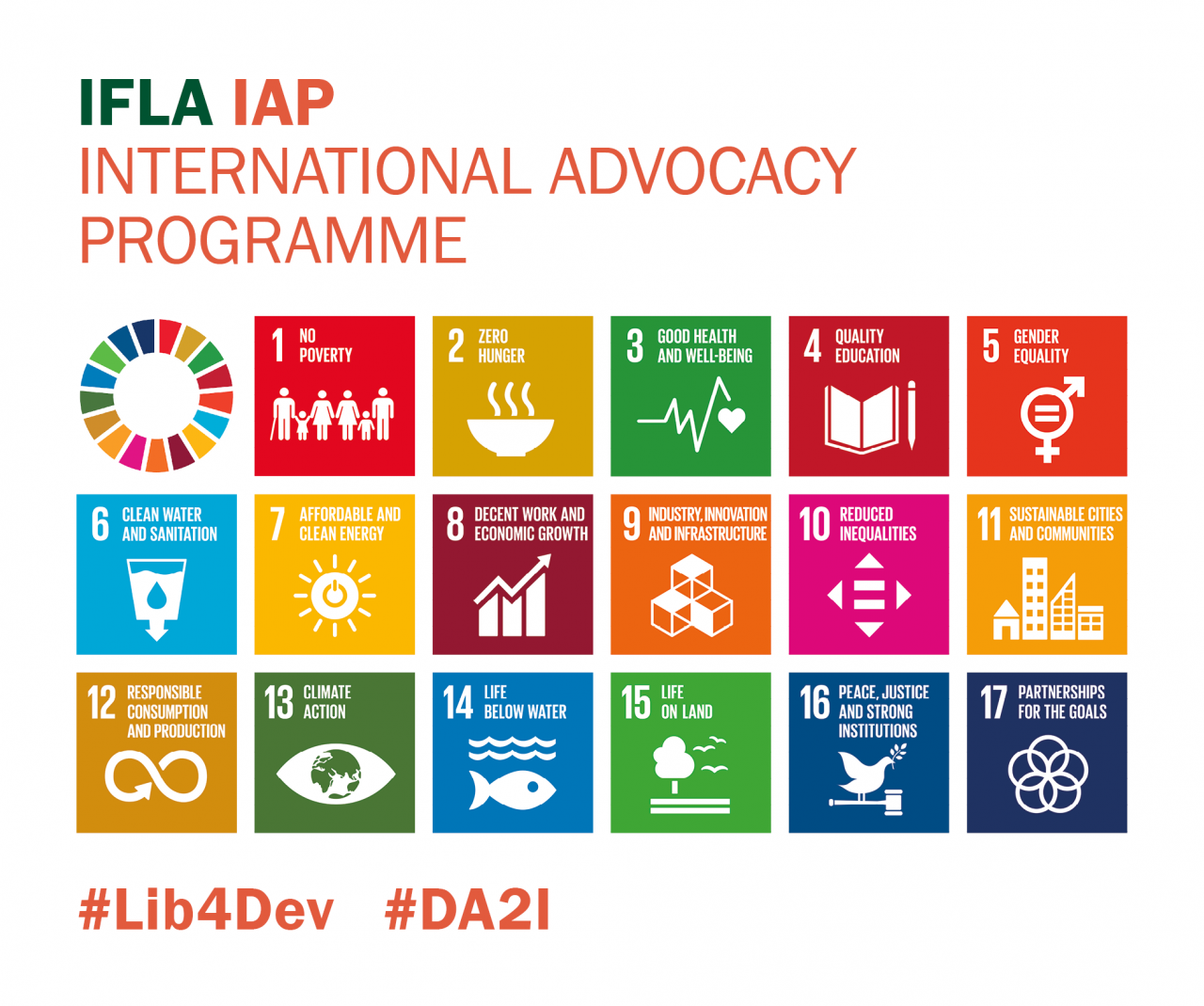 The IFLA International Advocacy Programme (IAP) was a capacity-building programme launched in 2016, designed to promote and support the role libraries can play in the planning and implementation of the UN 2030 Agenda and the SDGs. It ran from 2016 to 2018.

In the context of the IAP, ‘advocacy’ involved “the actions individuals or organizations undertake to influence decision-making at the local, regional, state, national, and international levels that help create a desired policy or funding change in support of public libraries” (Global Libraries Advocacy Guide (2011), p.2).

The programme was organized in the following main phases:

IFLA delivered regional workshops to raise awareness of the 2030 Agenda and SDGs, and help participants develop a proposal to undertake advocacy activities around the SDGs at national and regional levels to get libraries included in the National Development Plans.

Before the workshop, participants signed an agreement with IFLA to carry out awareness-raising activities and to meet with policy makers to ensure libraries are recognised as key partners in supporting the United Nations 2030 Agenda. IFLA monitors progress and supports participants to achieve their commitments, and helps communicate widely their activities and progress with the community.

76 countries/territories signed agreements with IFLA to participate in the IAP:

IFLA launched calls for funding proposals in January and August 2017, to carry out awareness-raising activities at a national or regional level. All countries were eligible to apply and priority was given to regional initiatives including countries that were not involved in the regional workshops.

Through these projects, 38 additional countries/territories also became involved in the IAP:

A delegation of IAP participants from all regional workshops were invited to a Global Convening on 28-29 June 2018 in New York, USA, to share their actions, experiences, evaluate the progress and impact of the programme to date, and to make joint plans for future cooperation around the UN 2030 Agenda.

This brochure offers a summary of what IFLA did and what IFLA achieved in two years, since the launch of the IAP in 2016, to ensure libraries receive the recognition they deserve as partners for development.