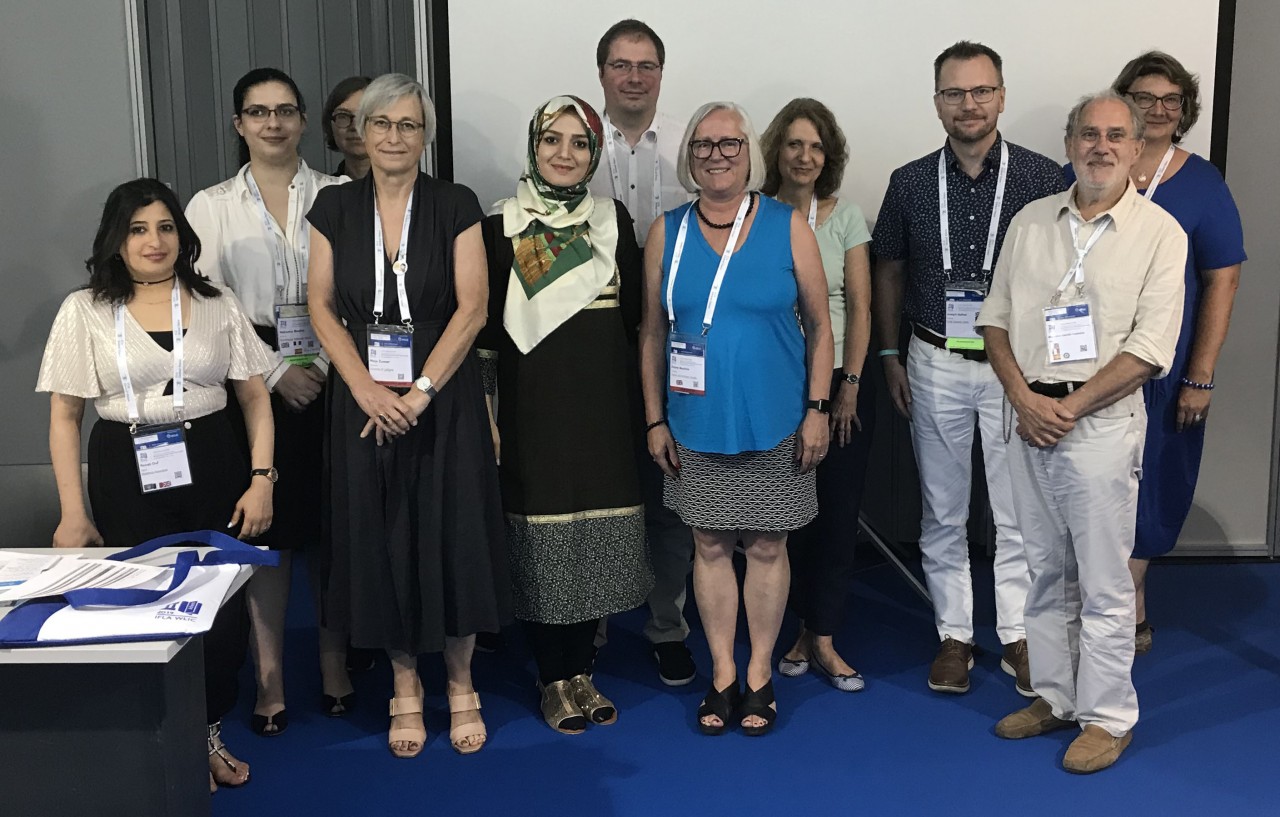 Composition of the Committee

From August 2015 the Committee comprises:

In addition to the members described above, the Chair or a representative nominated by the Chair, of the following groups are invited to the meetings of the Committee in an ex officio capacity (that is, not voting):

Members selected for the Committee should ideally either be a member of a professional unit standing committee, or be affiliated to IFLA through membership (either an employee of an institutional member, or a member of an association member, or a personal affiliate).

Members are required to have experience with IFLA standards or standards in general and are expected to actively contribute to the practical work required to carry out the Committee’s responsibilities. Ideally the Governing Board will seek to have geographical representation and a mix of skills among the Committee members.

Casual vacancies on the Committee will be filled according to the Rules of Procedure for Standing Committee vacancies.

Committee members will normally be appointed for two years, to coincide with the term of the Governing Board. In making its appointments the Board will aim for some continuity in knowledge and experience in the membership from term to term.

Members will be appointed by the incoming Governing Board and therefore take up office during the IFLA World Library and Information Congress.

A call for nominations will take place in October of even-numbered years, that is, in the year preceding elections. New members will be recommended by the Professional Committee to the Governing Board at the April meetings, prior to the IFLA World Library and Information Congress later that year when they will be appointed and take up office.

The Committee shall meet on an as needs basis but at least once a year to carry out its responsibilities and provide timely advice to Governing Board, and to enable the effective management the IFLA standards programme. The Committee shall aim to meet face to face at the IFLA World Library and Information Congress and will meet electronically as required. The Chair reports regularly to the Governing Board on the work and discussions of the Committee.