National pride was an integral part of the 2019 IFLA/Systematic Public Library of the Year Award, with each of the four short-listed accompanied by a passionate cheer squad at the presentation which was part of the WLIC in Athens. Excitement bubbled over when Helsinki Central Library, Oodi was declared the winner and the auditorium erupted into a sea of Finnish flags. The Awards which are one of the Standing Committee’s key initiatives again attracted considerable attention both in the quality and reach of applications, and the numbers attending the ceremony.
The Awards are a partnership between the sponsor, Systematic, IFLA’s Public Libraries, Metropolitan Libraries and Library Building and Equipment professional units and are indicative of the SC’s collaborative approach in meeting their objectives. Other highlights of the year 2018-2019 included a rich mid-term program in Finland, and an exciting satellite meeting in Rome in the lead up to the 2019 WLIC. Both were the result of successful alliances with IFLA partners.
As demonstrated in this Report SC members actively promoted the work of IFLA and the Section at workshops and seminars worldwide increasing engagement in the sector. 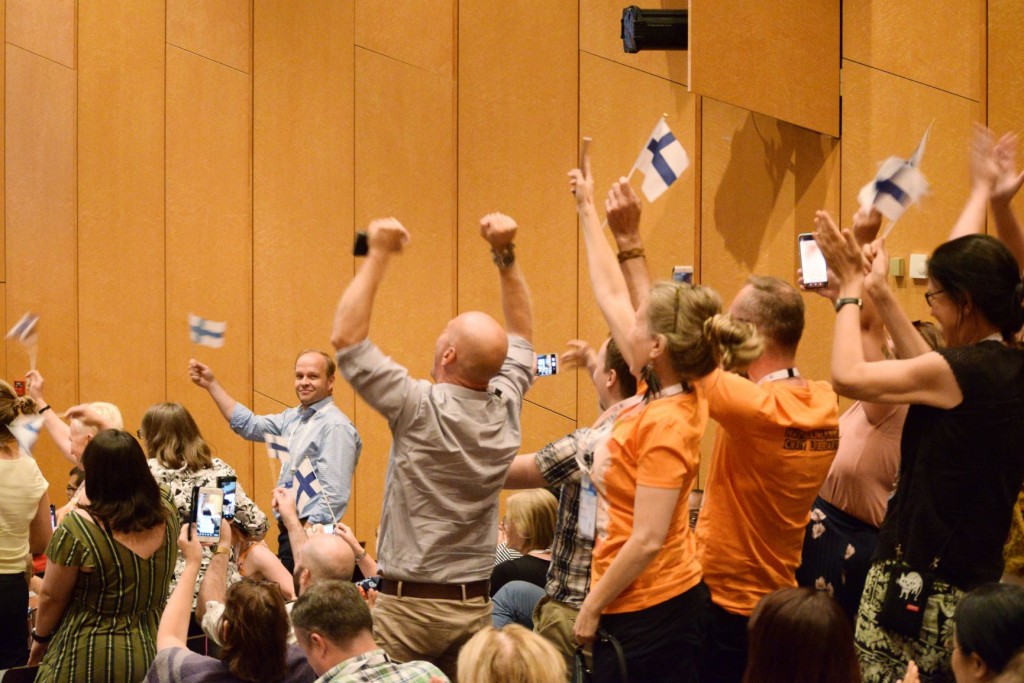 August 2019 also marked the end of my term as Chair of the Public Libraries Standing Committee, and also my time with the Section. It has been an enormous privilege to be part of such a dynamic and committed group of individuals who collectively bring so much experience and professionalism to the table. To the outgoing and ongoing members my sincere thanks for your support; and to the incoming members the best of luck. Enjoy this wonderful opportunity.