by Ed. by Hartmut Walravens 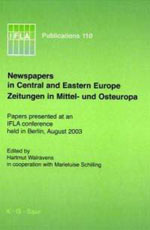