Libraries are well suited to participate in and support these partnerships, as was made clear in an event held at the UN Library on 16 July during the High Level Political Forum 2019, Partnering for development - From global to local: the role of knowledge and libraries. 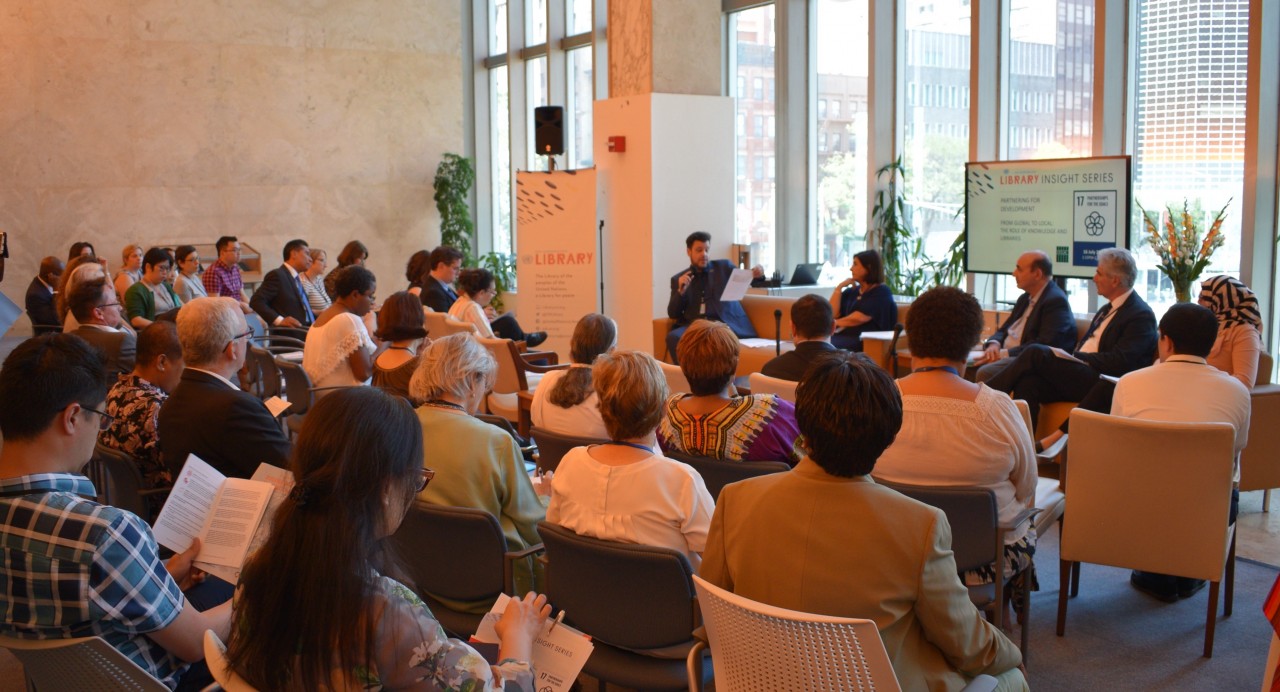 Partnering for development - From global to local: the role of knowledge and libraries

The entire 2030 Agenda, as agreed in 2015, is based on a growing understanding that the challenges the world faces are interlinked. Success in one area – such as education – tends to have positive impacts on another, while a failure to act – for example on climate change – puts everything else at risk.

This growing understanding is based on information, and the work of researchers and other experts around the world. 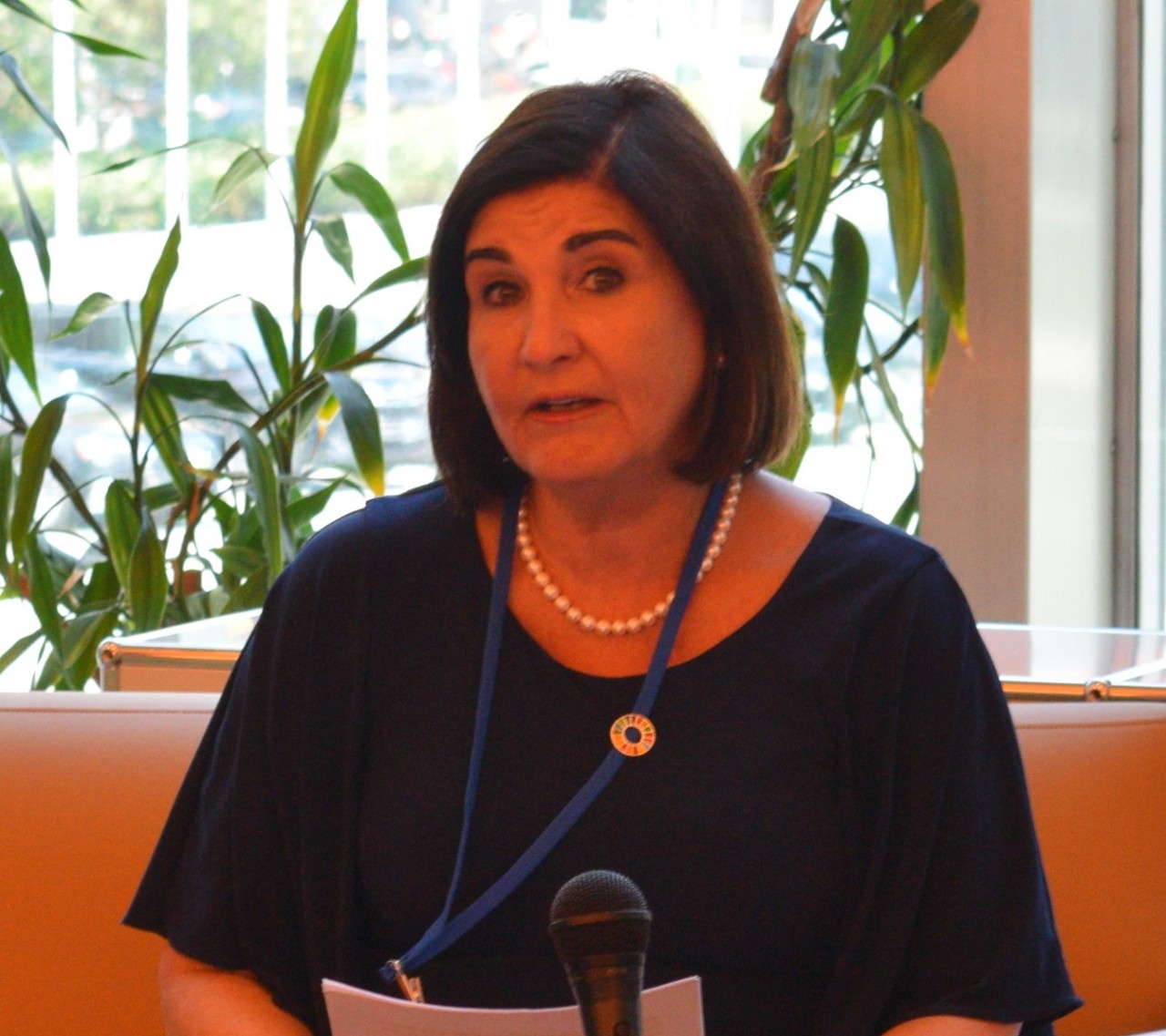 The need to continue and strengthen access to information across borders came out strongly as a theme in the first session of the event. Following an introduction by UN Library Chief Thanos Giannakopoulos, IFLA President Glòria Pérez-Salmerón reminded the audience of the importance of knowledge for development.

Citing all of the examples of positive contributions she had seen during her presidency, she underlined: ‘Libraries are already doing so much. But there are so many more lives we can improve, so much innovation to support, so much understanding to create. Work with us to make this a reality!' 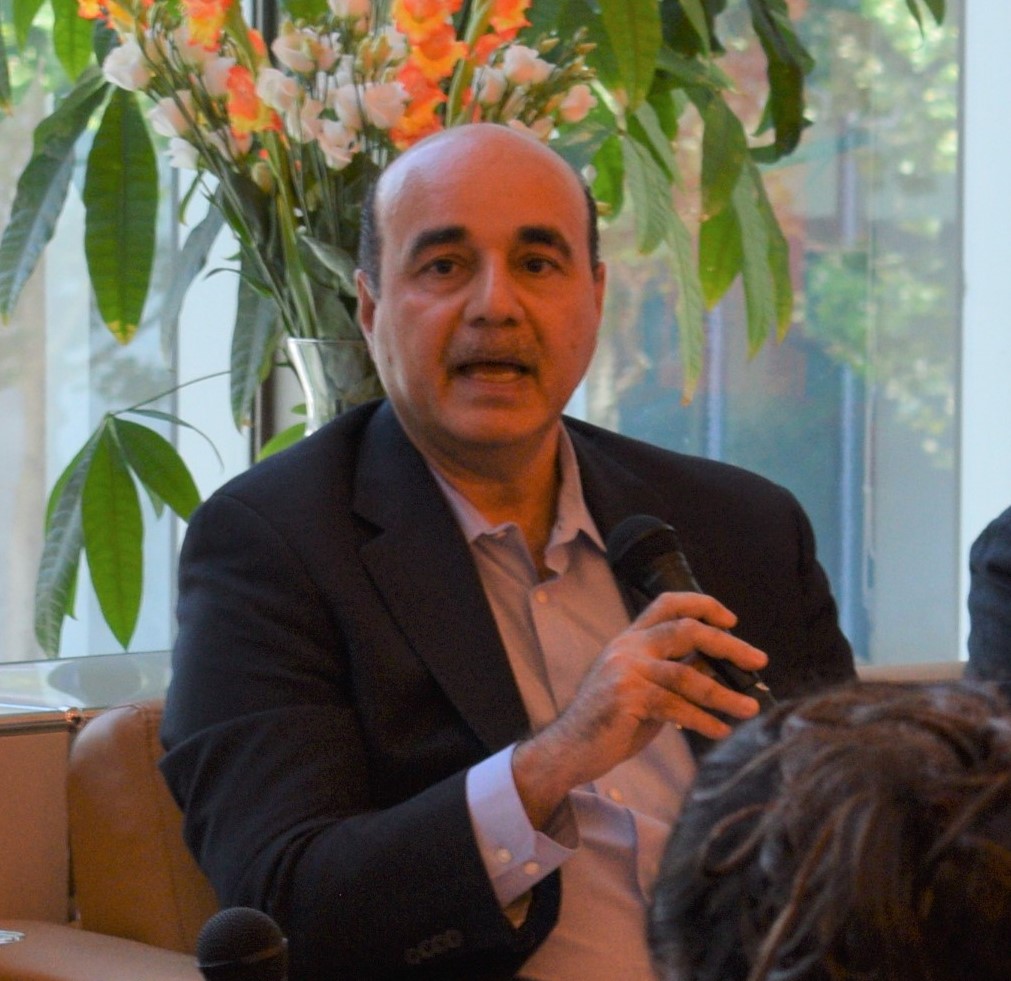 In addition to the IFLA President, the audience heard a presentation of the Global Sustainable Development Report from Mr Shantanu Mukherjee in the United Nations Secretariat. The Report, the result of a collaboration between fifteen academics, underlines both what is possible when knowledge is shared, but also some of the challenges in doing so. 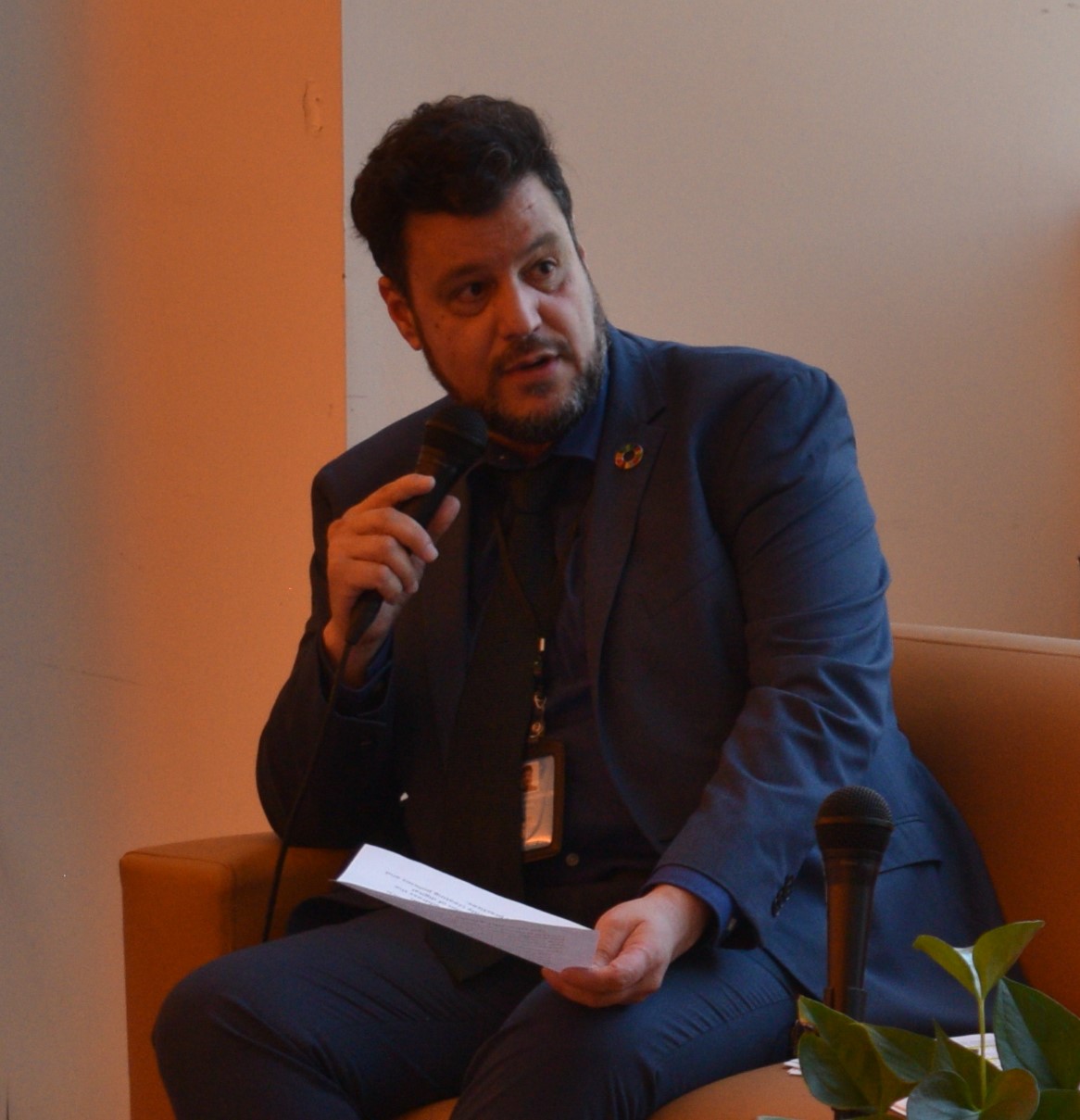 UN Library Chief Thanos Giannakopoulos also presented on the New York pledge, signed by libraries across different UN offices and agencies, and which looks to improve their ability to cooperate in support of efforts to deliver development.

From the Global to the Local

IFLA Secretary General Gerald Leitner opened the second part of the session, highlighting the specific role of libraries as partners for development. 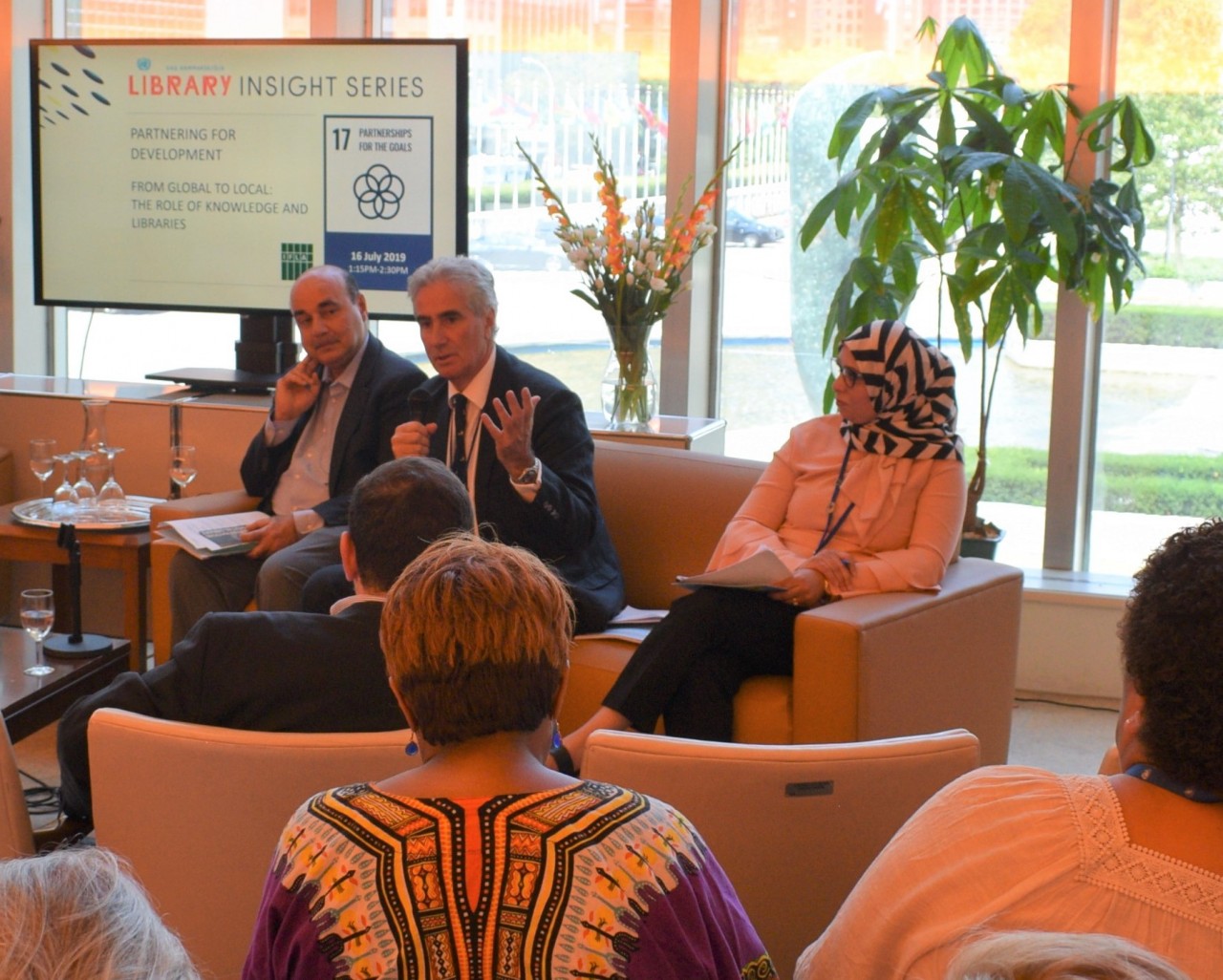 Stressing IFLA’s own commitment to the Sustainable Development Goals, he set out the process that IFLA has followed to connect and engage libraries worldwide, and set out an invitation to all participants to work with libraries in order to go further in making progress.

As he underlined, 'Information is key for delivering the SDGs, and libraries provide the infrastructure to make it happen. This is our invitation: work with libraries, from the local to the global levels, to build partnerships for success'. 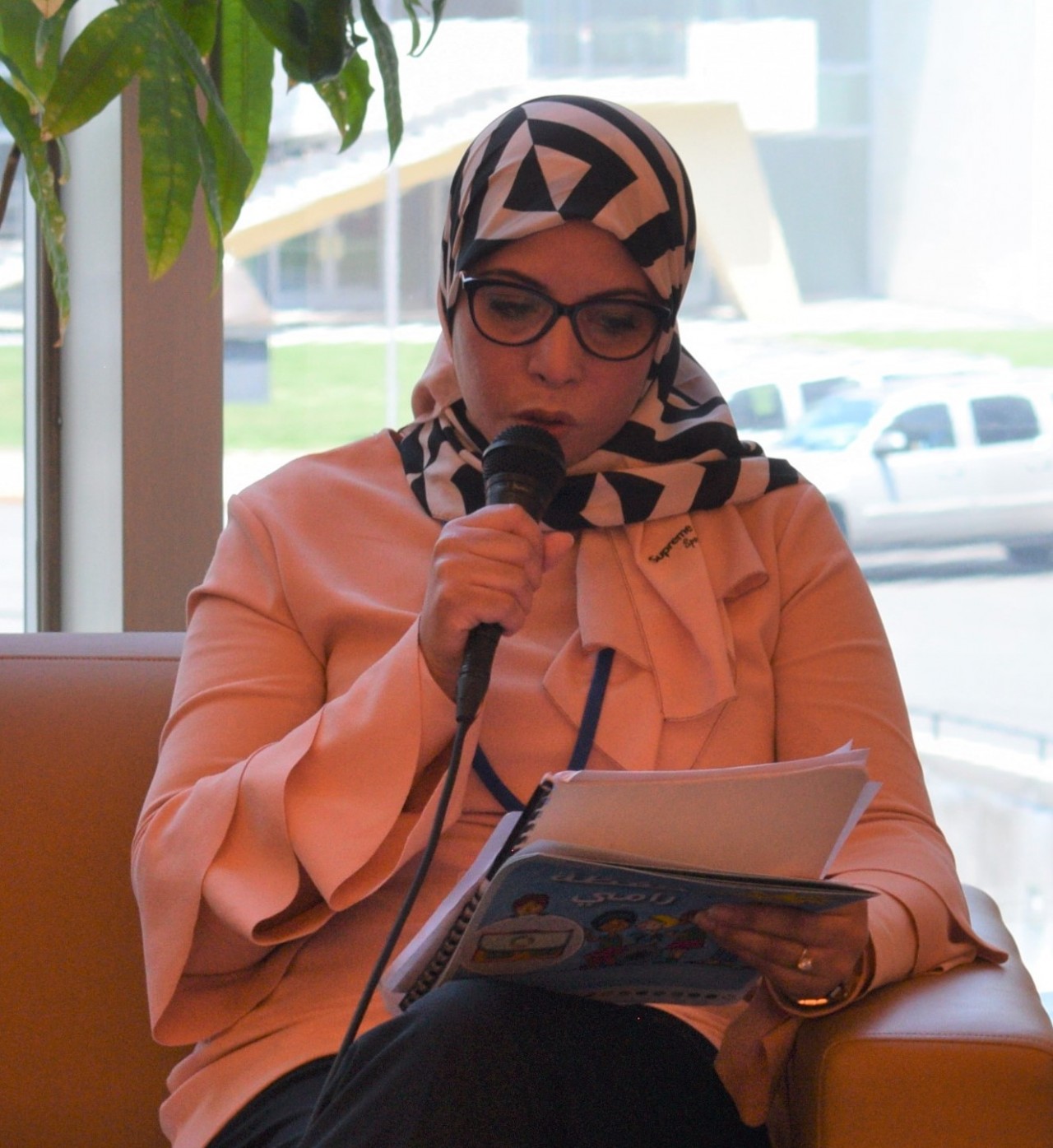 Zoubeida Bouallagui, Head of Unit for Technical Monitoring and Dissemination, Public Reading Directorate of the Ministry of Culture, Tunisia

Finally, Zoubeida Bouallagui, an active participant in IFLA’s International Advocacy Programme (IAP), spoke, sharing examples from Tunisia. Having been energised and motivated by the SDGs, libraries in the country were combining their strengths with those of other organisations to provide better services to users.

She set out efforts both to build awareness of the SDGs, and to take practical steps, for example through developing coding skills, or enabling women in rural areas to sell their handicrafts online.

With a strong understanding among participants of the potential of information to drive development, and the potential of libraries to form the basis of partnerships, the main question was what we can do next.

In response, and in closing, IFLA Secretary General Leitner echoed his call on everyone involved in the SDGs to reach out to libraries, and see how we can worth together to go further.

See a photo album with highlights of the event in our Flickr channel.