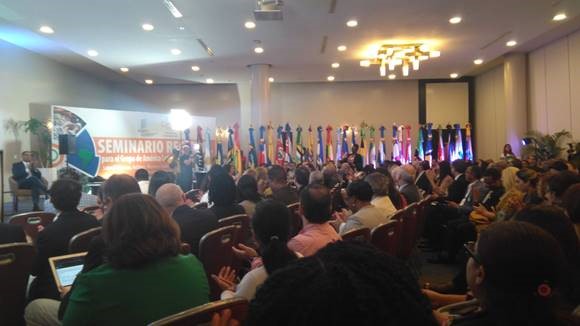 ​The third and final WIPO regional seminar on exceptions and limitations took place in Santo Domingo on 4-5 July. It looked into the copyright rules that define whether libraries, archives, museums, and education and research institutions in Latin America and the Caribbean can do their jobs. IFLA was there to promote the need for international action.

Over the past ten years, IFLA has engaged closely at the World Intellectual Property Organisation (WIPO) in order to make the case for action on copyright rules for libraries. We have underlined the unique potential of WIPO not only in setting an example for governments worldwide, but also in making it possible for libraries to work across borders.

As part of this process, WIPO’s Member States agreed to hold three regional seminars in order to hear about the situation on the ground, in order to inform its discussions.

The third of these seminars took place on 4-5 July in Santo Domingo, Dominican Republic. Just like those previously in Singapore and Nairobi, it had the mission to analyse the challenges facing libraries and other institutions in Latin America and the Caribbean, and to explore possible areas for action. It will feed into an international conference on exceptions and limitations in October in Geneva.

The seminar brought together representatives from 17 countries, as well as WIPO officials, and representatives of libraries, archives, museums, education and research institutions, collective management organisations and publishers – you can download the provisional list of participants.

The event started with a set of expert presentations, followed an afternoon and a morning of workshop discussions and concluded with a report back to the group as a whole.

The four experts chosen by WIPO summarised the conclusions of studies carries out for WIPO, and underlined some of the challenges faced by libraries, archives, museums, education and research institutions.

Professor Kenneth Crews in particular presented his typology study (see the infographic summarising it in English and in Spanish), which makes the clear the failings in current legislation. Six countries out of the 33 in the region have no exceptions at all for libraries, and even when exceptions exist, they are often not adapted to the digital world.

In subsequent discussions with Member States on three different tables, government representatives explored these issues. Observers, including IFLA, were given the opportunity to make short points, and thanks to excellent participation from local representatives, could highlight many examples of where neither licensing nor current laws cold offer a solution to their needs. For example, in the Dominican Republic, academic libraries cannot make preservation copies under an exception. 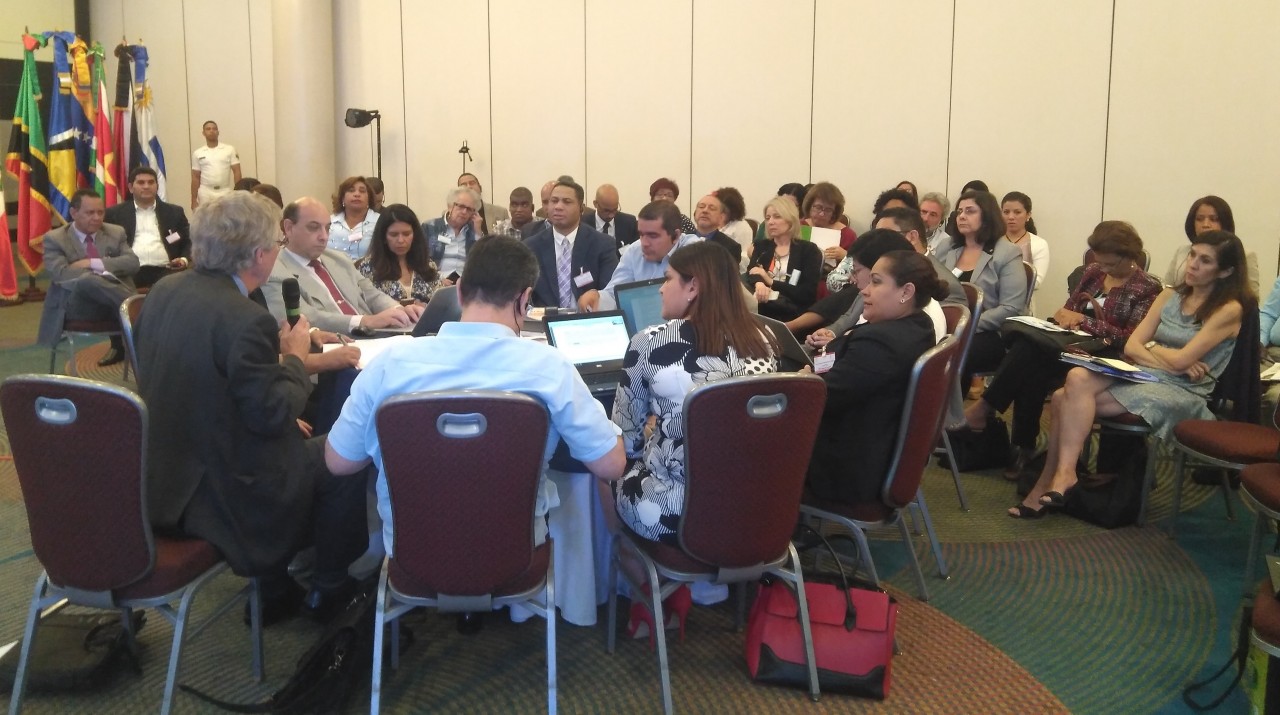 Nonetheless, it is clear that there is a strong lobby claiming that further development of collecting societies would resolve all situations. This is a misleading argument. It confuses the legitimate role of representative and well-governed collecting societies in ensuring that authors are paid for significant uses of their works, with the harm that comes from making minor and public interest uses of books and other materials subject to payment.

We are happy to say that in two of the three tables, the importance of international action on exceptions and limitations to copyright at WIPO was highlighted, with Ecuador, Paraguay, Uruguay and Cuba speaking up. Others were clear in recognising the need for action to support libraries and other institutions.

Our focus now turns to the global conference due to take place in October. It is clear that more work will be necessary in order to ensure that governments understand the necessity of progress at the international level. This is indispensable if librarians are to be able to do their jobs without fear or uncertainty. Business as usual is not enough.

We hope that the October conference will offer a meaningful platform to set out the needs of libraries, and to build momentum for action.

With all three regional seminars making it clear that something needs to happen, it is time for WIPO to step up and do the right thing for the users of libraries, archives and museums, as well as learners and researchers globally.

IFLA would like to thank Alicia Ocaso, Micdonia Quirós, Eloísa Marrero, Amarilís Beltré, Lucero Arboleda, Giovanna Riggio, Dulce María Núñez, Izaskun Herrojo, Sharon Alexander-Gooding, Luisa de Peña, Laura Pérez and Marisol Floren for their support and the great work done before and throughout the regional seminar. We would also like to thank the International Council on Archives, the International Council on Museums, the Corporación Innovarte and Electronic Information for Libraries for their valuable work and support.