Availability, License Terms and Pricing of eBooks: an Interview with Rebecca Giblin

ELending is becoming increasingly important and is already well-established in many countries. While jurisdictions approach the lending of eBooks and other digital material in many different ways, licensing is often part of the equation. And with that, challenges arise for the library sector. 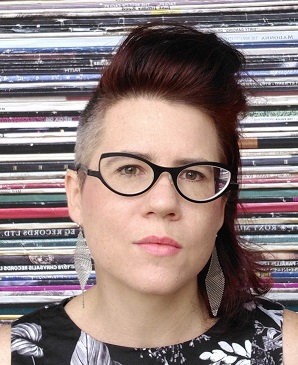 Associate Professor Rebecca Giblin, from Monash University, Australia, is leading the elendingproject.org, investigating the availability of eBooks for lending and the terms for access. She has worked with a team of scholars from data science, social research and law and collaborated with institutions across the globe.

The initial results are finally out (here and here), and provide ground-breaking evidence on availability, licence terms and eBook pricing for libraries in Australia, New Zealand, Canada, the United States and United Kingdom. A pamphlet with the headline results is also available for download. We were also lucky to have Rebecca at WLIC presenting some of her findings at the session “What’s up with eLending?”, available online.

We talked to Rebecca Giblin about some of the research findings:

Could you point out some of the most remarkable results in the study regarding availability of eBooks?

One big surprise was finding that bestseller new releases tended to be available to libraries for eLending very quickly – often earlier than print editions! Availability for eLending generally was also better than we had been warned to expect. In one study, looking at availability of a sample of ‘culturally valuable’ books across every aggregator operating in a single country, we found that 76% were available from at least one e-lending platform, and 51% were available from all five platforms. But that’s still considerably worse than physical availability for the same titles – 94% were available for libraries to buy as physical copies.

What about with regards to pricing?

We wanted to better understand how publishers set their eLending prices. For example, we wanted to know how title characteristics (like age, what rights libraries were actually getting for their money, and country) affected the prices that were offered. We used machine learning technology to figure out these relationships. One of the most remarkable things we found in our study of almost 100,000 books across five English language markets is that there is virtually no correlation between price and almost any of those factors! The only characteristic that really affects price is where the book is very old – in the public domain and no longer covered by copyright. Other than that, publishers seem to be setting prices entirely at their whim.

And when comparing different jurisdictions?

One of the most striking findings across jurisdictions was the different availabilities by publisher. Take Hachette for example – the third largest trade and educational publisher in the world. Its titles were widely available in North America, but almost entirely missing from Commonwealth countries. It’s one thing to know that Hachette’s UK office has different policies to its US one – but quite another to realise that amongst our sample of almost 100,000 books, just 16 Hachette titles were available to libraries in Australia, New Zealand or the UK.

You highlight in the study that “while books are widely available to libraries for eLending, they are not necessarily accessible”. Could you explain this?

One of the really cool things we did was write an algorithm that let us estimate the original year each of the books in our dataset had been published. Obviously, older books are in much less demand than the newest ones, and we wanted to understand how that lighter demand was being reflected in publisher terms and pricing. And what we discovered is that it’s not – at all. In Australia, books that were 10 or 30 or 50 years old are being made available to libraries with the same kind of terms and same kind of prices as the very newest ones. That includes widespread use of what we call ‘exploding licences’ – time-based licences that force books to be deleted from collections after a certain period of time, even if they’ve never been borrowed at all.

Libraries obviously have limited collections budgets, and have to take into account factors such as likely circulations in deciding whether to license eBooks. Often it’s just not feasible for them to buy expensive older titles with unattractive licence terms. So we describe those books as being available without being particularly accessible.

Across all the research conducted, what differences do you observe between big multinational publishers and other (smaller) publishers?

Perhaps the biggest difference is how they license and price books across jurisdictions. Almost all of the license differences (for example, a book being licensed for perpetual access in one country and metered access in another) come from Big 5 publishers (ed. Penguin Random House, Harper Collins, Macmillan, Hachette, Simon & Schuster). And where the license terms are identical, Big 5 publishers are also responsible for most of the price differences across jurisdictions too.

You found many differences in terms of pricing by the same publisher across jurisdictions. Could you point out a few examples? What about pricing between platforms?

The price results were one of the biggest surprises – to us in the research team, but also to our library partners and the aggregators themselves! Aggregators told us that we’d find no licence or price differences within a country, because publishers wanted everyone competing on a level playing field. But in fact we found big differences for both licence type and price. More than 20% of titles had major licence differences across platforms – for example, being perpetual access from one provider, and metered access on another. And even where the licence was the same, we found some extraordinary price differences. For example, Edward P Jones’ The Known World (published in Australia by HarperCollins) was available from all five platforms, on identical 26 loan licences, for as little as $12.72 and as much as $53.22.

What are the bargaining possibilities of libraries in eBook licensing, based on the experience gathered during the study?

It took us almost a year to negotiate the rights to collect the data we’ve used in these studies, because of strict confidentiality clauses attached to some of the contracts. What we found shows us that even aggregators and publishers don’t really seem to understand all that’s happening in this space. The lack of transparency around terms and pricing means libraries can’t shop for the deals – and aggregators can’t effectively compete on price either. I think libraries can use this data to strengthen their case for more transparency.

Libraries can also ask more from publishers. We found that publishers seem to want aggregators to have the same terms and pricing for their titles – but do a pretty poor job of actually giving effect to that intention. I’d like to see libraries use the anomalies we’ve found to demand that publishers do a better job.

What is there to see on the elendingproject.org website?

So many cool things! We have released public versions of all our data, together with interactive dashboards that allow anyone to visually query it. You just need to click on the characteristic you’re interested in, and the whole thing updates live to zoom in on that. They’re lots of fun to play with and very quickly give you new understanding of publisher licensing practices – and what they might mean for you and your library. You’ll also find tutorials in how to use the dashboards, videos where we talk through the results, the written papers and more. Please visit and take a minute or two to check it out – and share with any of your interested colleagues.

What are the next steps for this research, and for your team?

Now that we’ve gathered all this new evidence about how publishers are actually licensing ebooks, we’re surveying librarians to understand how those practices are impacting their decision-making about which books to hold in their collections. After that, we’ll use all of that evidence and data as the basis for developing recommendations about how law and policy in this space should be reformed. Folks interested in following our progress should follow us @elendingproject on Twitter for updates!