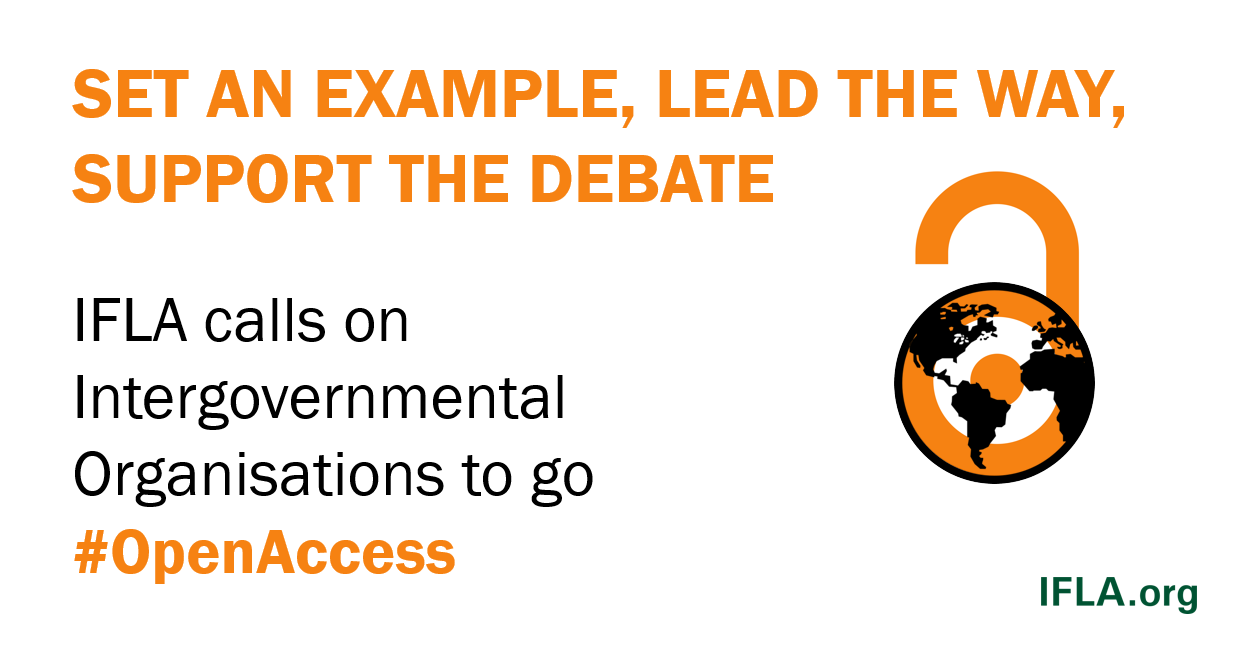 Intergovernmental Organisations both shape the policies and priorities of governments, and inform the international debate. By going making their publications freely – and meaningfully – available to all, they can support participation and set an example to all.

Intergovernmental Organisations (IGOs) exist in almost all policy areas, not least those which matter most to libraries, such as education, culture, science, copyright and development.

Alongside key treaties, declarations and programmes, they produce key research reports and data which both supports their own decision-making, and that of their members. This work is of course paid for, primarily, by public money.

When these publications are behind paywalls, or only available in a very restricted form (for example, view-only, and without search functionality), they cannot contribute fully to public debate.

This means not only that library users are unable to use works produced with their money in their own research and advocacy (unless their library is in a position to purchase it), but also that it is not possible to view the evidence used to come to important policy decisions.

Furthermore, it is a missed opportunity to set a good example to individual governments and other actors producing research which could benefit society.

IFLA’s new statement on Open Access in Intergovernmental Organisations underlines the case for making publications by IGOs truly Open Access. To achieve this, it calls on the Member States of these Organisations to recognise the importance of effective dissemination, and to support it effectively.

It also underlines the need for the IGOs themselves to use simple and consistent licensing practices in order to facilitate the work of librarians working to give access to their works.