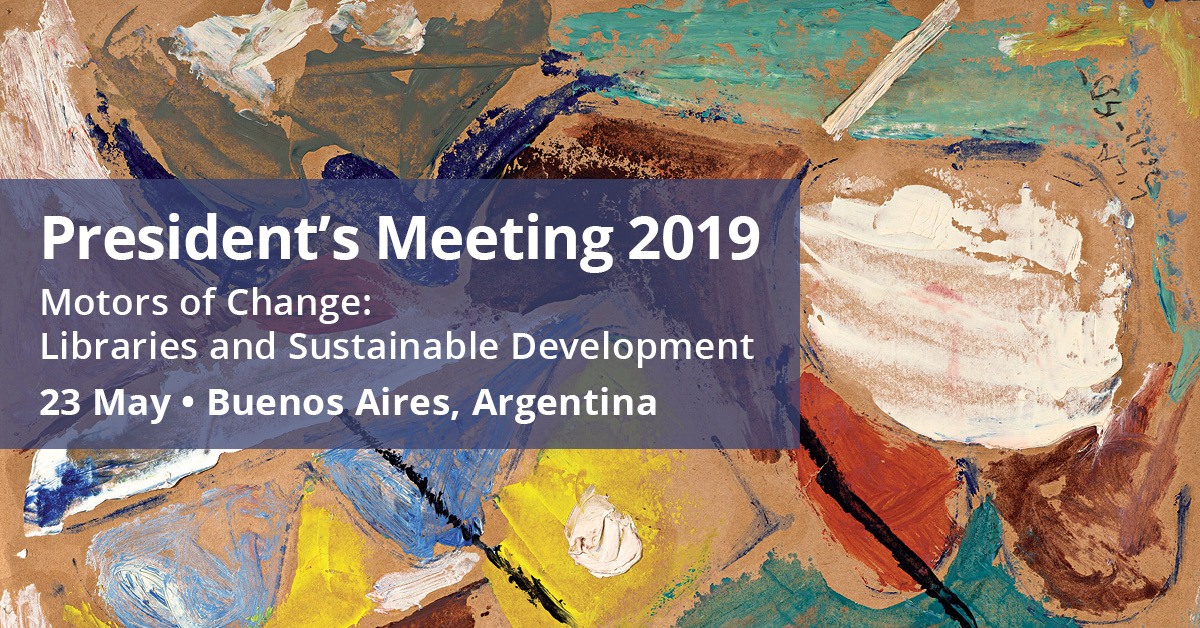 Under the theme ‘Motors of Change: Libraries and Sustainable Development’, participants will take part in a series of interactive discussions with the authors behind the 2019 Development and Access to Information Report and others. Our goal? To reflect on all the ways in which libraries make development happen, and how we can realise this potential across the region.

Learn more about the President’s Meeting 2019 and watch it live by courtesy of the Library of the National Congress through its YouTube Channel.