IFLA has interviewed Sharon Day, speaking on behalf of a campaign in Canada to boost the availability - and affordability - of eBooks for libraries. The goal - to ensure that Canada's libraries can fulfil their mission of giving readers maximum possible access to knowledge and culture.

For many libraries and library associations around the world, eLending is a a major issue, with a difficult balance to be found between the demands of readers, the requirements of publishers, and libraries' own budgets. In our latest interview, we've talked to Sharon Day, Director of Branch Services and Collections at Edmonton Public Library, Canada, and Chair of the Canadian Urban Libraries Council's e-Content Working Group: 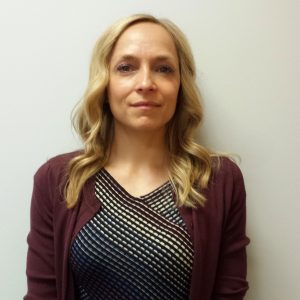 What role do eBooks and eLending play in fulfilling the mission of Canada’s libraries?

Without the freedom to lend eBooks, public libraries will not be able to fulfil their core mandate of providing universal access to information to all. We will not be able to buy sufficient copies of popular titles to meet demand, or offer access to all titles in the formats people desire.

Digital content is the fastest growing area of borrowing for public libraries. Spending by Canada’s largest urban libraries increased by over 45% since 2014 and continues to grow. It’s worth noting that eAudiobook sales in particular are increasing by double digits each year and, in the last three years, use at six of the largest Canadian libraries grew by 82%. Overdrive, the leading provider of eBooks and eAudiobooks to libraries, reported a 24% increase in eAudiobook circulation in Canadian libraries from 2016 to 2017 alone.

How effectively are libraries able to fulfil this mission under the current system? Does current pricing work? What about licensing models?

While both Canadian multinational and independent publishers are starting to produce their own eAudiobooks, rights to their titles are often sold to U.S. producers who do not make them available in Canada. If they are sold to Audible, the U.S. eAudiobook subscription service that moved into Canada in 2017, they cannot ever be purchased by libraries. These include Giller Prize nominees and Canada Reads titles.

Current licensing models are not sustainable.  We are paying excessively high prices, and purchasing models for eAudiobooks and eBooks are restrictive. Libraries lend digital versions of books in the same way as physical ones— on a one-to-one basis. But the prices we pay for digital versions are exponentially higher.

We have attempted to work with the multinational publishers to develop a purchasing model that works for both sides, but with little success. Public libraries have responded by reallocating budgets and opening conversations with publishers to resolve issues with supply and discoverability. Public libraries have had to reallocate budgets to digital content while continuing to fund their physical collections. This puts pressure on finite resources, and is not sustainable.

Why act now, rather than earlier or later?

Advocacy efforts for fair pricing and access have been underway in Canada since 2010. There has been significant progress with much improved access to eBooks for public library customers. Many Canadian independent publishers make their content available as do the major publishers. However, multinational publishers continue to limit access to eAudiobooks and impose terms such as unreasonably high prices.

We are unaware of any evidence to prove that claim.

For example, the 2014 Pew Research Centre study that cited “…those who use libraries are more likely than others to be book buyers and actually prefer to buy books, rather than borrow them,” We know that library patrons in Canada who are book-buyers buy more books than non-patrons at a rate of 2.3 vs 2.1 per month.

I would also refer you to a very recent report from the Panorama Project that provides data on the retail impact of a library eLending campaign, whereby libraries were enabled to give access to one eBook without limits for a two week period.

The results were spectacular, with a 818% growth in sales of the eBook from March to April 2018, and a 201% growth in print sales.

A review of select local markets also showed a marked increase in sales in areas where the local library system actively promoted eBook and a more limited sales impact where the local library system did not promote it. The publisher reported that the increase in national retail print sales volume was significant enough to prompt an additional print run to meet ongoing demand.

At least from this one study, it seems pretty clear to me that allowing libraries to acquire and lend eBooks can have a major positive impact on sales! 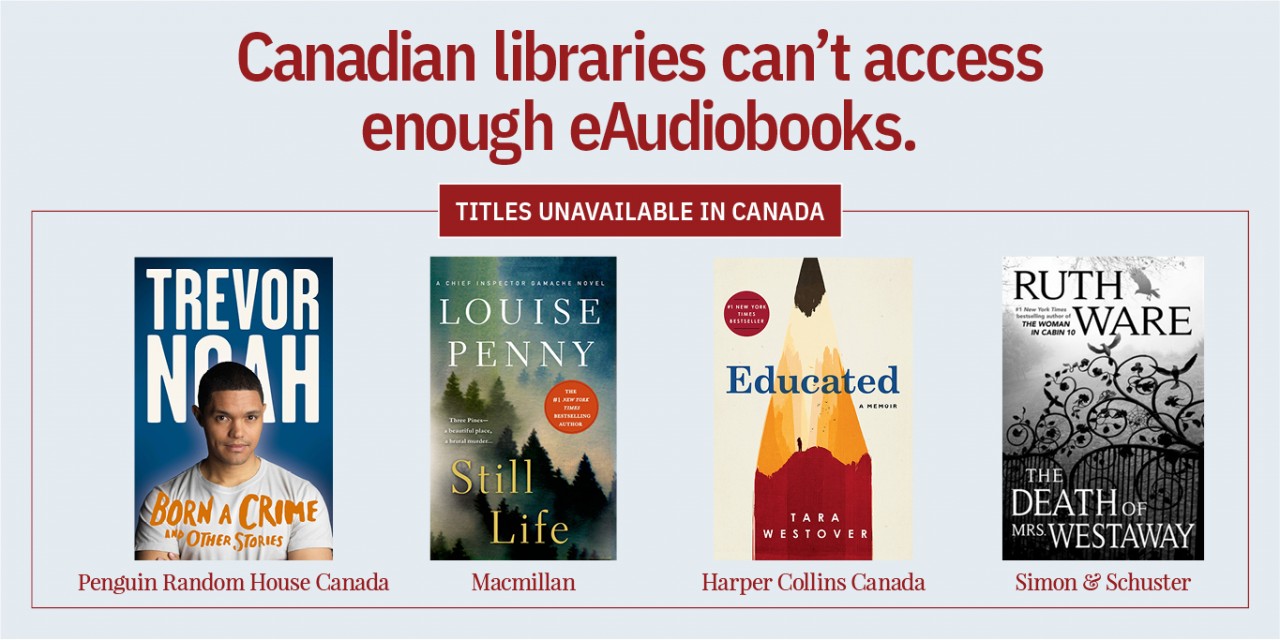 Why else might publishers be refusing to offer eBooks to libraries?

We recognize publishing in Canada and around the world is undergoing great change, but limiting access and imposing unreasonably high prices for libraries seeking to acquire and lend eBooks is not the answer.

Does the same go for audiobooks?

You bet it does.

What information do you have about how much authors are making from the money paid by libraries for eBooks?

Very little – this sort of information is not released by publishers. Of course we support fair compensation for authors and we are not suggesting we should only be paying the consumer price.

What we are saying is that unreasonably high eBook and eAudiobook prices mean we are increasingly limited in what we can purchase. We have to spread our budgets across both print and digital purchasing, which means buying popular material in both formats.

In turn, this impacts authors, as we are buying fewer titles, especially those by new or lesser known writers.

Would a change in the law help, or do you think a solution can be found only through the market?

As regards copyright law, we are exploring this question with a number of different lawyers. We’re still working to identify what changes would have the biggest impact.

In the meanwhile , the Canadian Urban Libraries Council (CULC) has encouraged the Government of Canada to seek opportunities beyond the Copyright Act to support the creation and sharing of Canadian stories and ideas.

For example, the Government of Canada could ensure access to eBook content from all publishers by identifying a policy solution that prevents restrictive licensing and pricing practices, or could seek alternative ways to support the earnings of creators outside of copyright, through increased publicly available research on publishing and reading, and through other forms of cultural heritage support.

What would the ideal result of this campaign be for you?

We want as many people as possible to visit econtentforlibraries.org to learn about the issues public libraries face with respect to access to eAudiobooks and pricing for eBooks and eAudiobooks.

We’re asking people to spread the word on social media with the hashtag #eContentForLibraries so we can track the conversation and voice their concerns to the publishers.

And of course we also want people to keep borrowing eBooks and eAudiobooks from public libraries. The booming popularity of this content is one of the strongest arguments for increased access!