IFLA, the Blue Shield, and UNESCO

IFLA is a founding member of Blue Shield International (formerly the International Committee of the Blue Shield), the cultural equivalent of the Red Cross. The Blue Shield based its statues on the 1954 Hague Convention (Convention for the Protection of Cultural Property in the Event of Armed Conflict) and was created in part to identify and protect cultural sites in the event of armed conflict. The Blue Shield takes a cross-sectoral approach to its work and includes libraries, museums, monuments and sites, audiovisual archives, and archives. IFLA works through the Blue Shield to respond to conflicts and disasters where cultural heritage is at risk, is being destroyed or has been destroyed.

IFLA has always worked closely with UNESCO and the involvement ranges from the Memory of the World Programme, the Information for All Programme, the World Book Capital City Series, to the Conventions of the UNESCO Cultural Sector (1954 Hague Convention, 1970 Illicit Trafficking Conventions and more). IFLA also participates actively in expert advice groups for the safeguarding of cultural heritage at risk (see IFLA interventions at UNESCO) 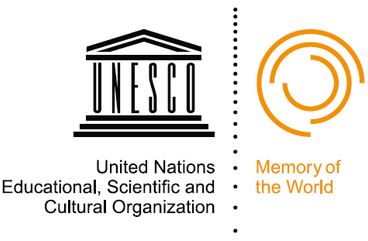 IFLA is also a member of the LAMMS (Libraries, Archives, Museums, Monuments and Sites) coordinating council. This council has been set up to recognize the importance of moving towards a mutual agenda to strengthen advocacy for the role and position of libraries, archives, museums, monuments, and sites in the knowledge society of today and tomorrow, and to safeguard the world's cultural, written, visual, and physical heritage. The Council advises on issues beyond cultural heritage, but is also deeply concerned with its protection and safeguarding.