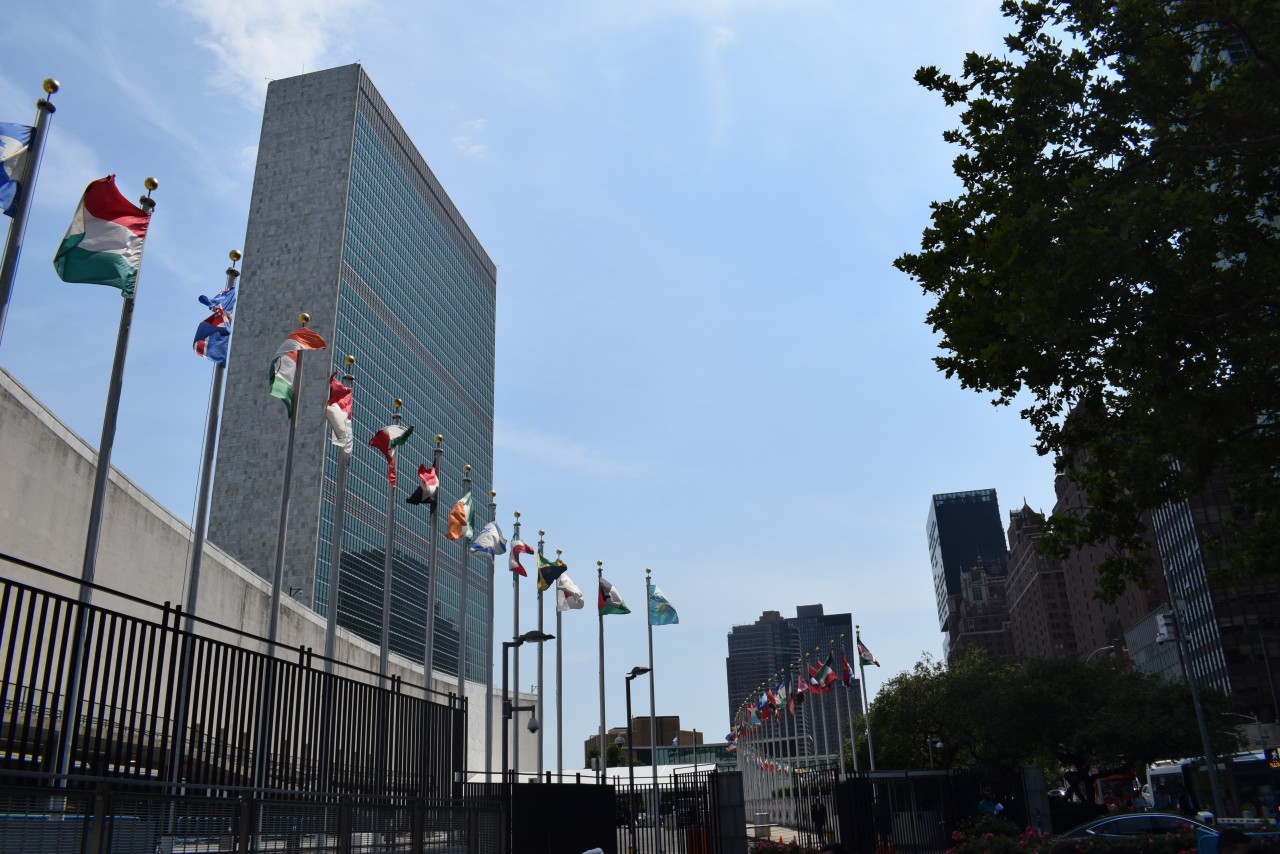 Over the ten days of this year’s High Level Political Forum, IFLA engaged intensively with governments, UN officials, experts and partners from civil society. By ensuring that decision-makers understand the contribution libraries and access to information make to development, IFLA supports its members in their work to guarantee recognition and support for libraries.

The sixth High Level Political Forum took place on 9-18 July 2018 at the UN’s Headquarters in New York. The event brings together governments and organisations in order to discuss progress, identify gaps, and plan next steps on delivering the Sustainable Development Goals.

It is also the occasion for a number of key annual milestones, including formal reporting by UN bodies, voluntary national reviews from Member states, and hundreds of discussions and presentations.

Again and again throughout the event, the power of libraries – both as a place to promote the SDGs, and as a partner in delivery – was recognised and welcomed by many, including at the highest levels.

IFLA took an active role in a variety of sessions, demonstrating how relevant libraries are across the 2030 Agenda.

SDG16, which includes the commitment to providing access to information, remains a core focus. With this SDG in focus next year, IFLA participated actively in sessions focusing on how to show the importance of defending rights and promoting good governance.

Sessions on disaster risk reduction provided an opportunity to highlight both the importance of including cultural heritage in government plans, and what libraries can do to help communities recover.

Finally, there was strong recognition for libraries’ unique role in bringing together the SDGs. Nineteen SDG targets reference the importance of access, and only libraries provide a comprehensive way of delivering them all. Libraries can work with actors across the board to deliver progress.

Localising the SDGs: Delivering Development in Cities and Communities

With SDG 11 – sustainable cities and communities – a particular focus this year, there was a strong emphasis on the need for action at the local level.

IFLA took advantage of these opportunities to talk about libraries and their work, and build understanding and support among a wide range of stakeholders. City mayors – many of whom have direct influence over libraries – welcomed the opportunity to talk about how our institutions help deliver on local priorities.

SDG11 also contains a commitment to safeguard cultural and national heritage. Australia and Latvia, for example, highlighted the importance of libraries and heritage in their voluntary national reviews.

Three years into the UN’s 2030 Agenda, there was both a sense of frustration at how much has been achieved, but also countless great examples of UN, government and civil society actions.

UN officials in particular were impressed by IFLA’s International Advocacy Programme, whose Global Convening took place only a couple of weeks earlier. Over the coming year, IFLA will be working at all levels to build capacity to advocate around the SDGs.

Next year’s High-Level Political Forum will focus on SDG16, alongside 4 (education), 8 (employment) and 10 (inequality). Moreover, there will be a review launched of the whole 2030 Agenda. As such, 2019 will be a crucial year for libraries and the SDGs.

IFLA looks forward to working with the whole library community to realise the potential.

Find out more about IFLA’s International Advocacy Programme and IFLA's work on Libraries and Development. Watch the recordings of selected HLPF 2018 sessions offered by the UN. See also our series of blogs on #WordsOfTheSDGs, which explains some key words for use in library advocacy, as well as our briefings on voluntary national reviews and disaster risk reduction.