Securing the Past, Shaping the Future: IFLA President Visits Moscow 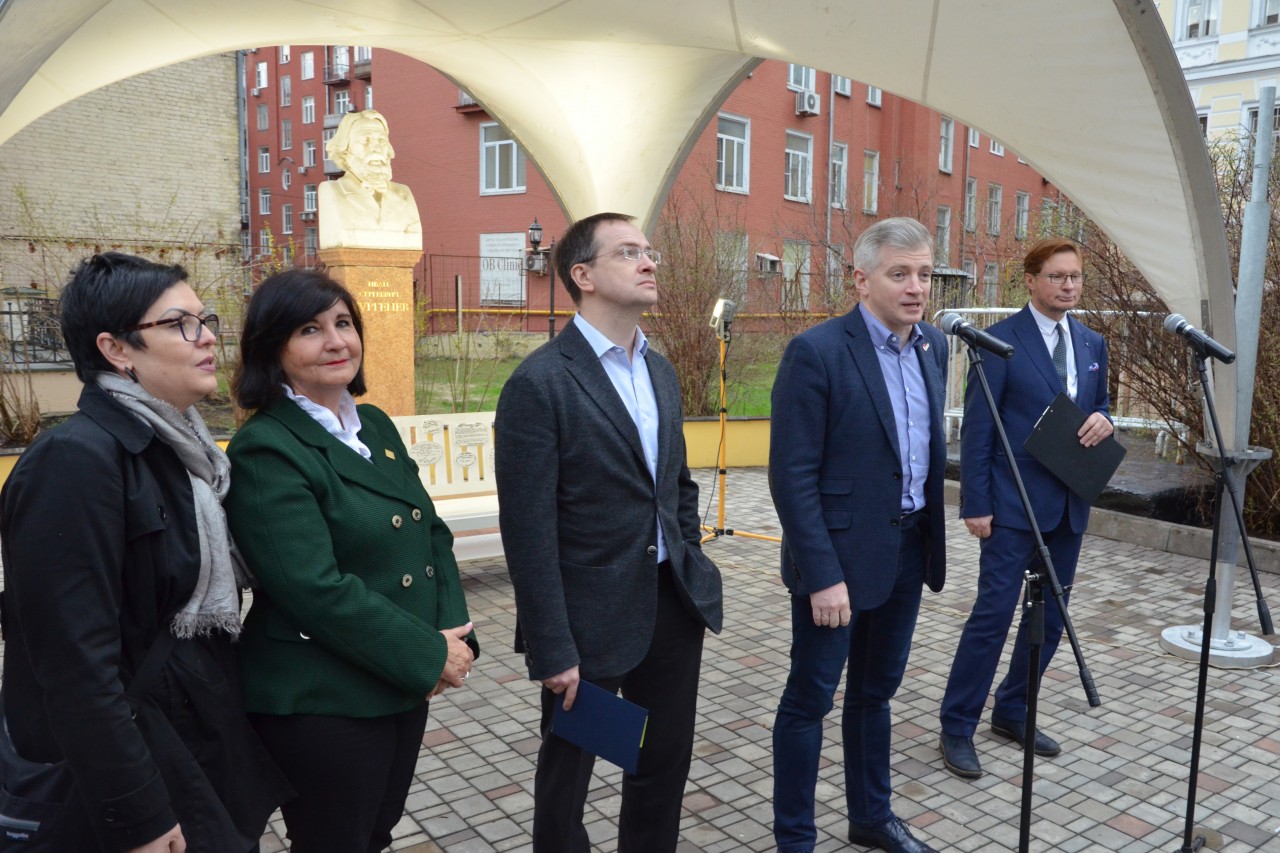 Libraries today are faced with trends that can both pose a threat and promise an opportunity. Globalisation and digitisation are unstoppable and are being felt around the world. Yet this shared situation underlines the value for libraries of working together to achieve our vision. This message came out clearly from a seminar held on 20 April in Moscow, with the participation of IFLA President Glòria Pérez-Salmerón.

The event, organised by the Russian Library for Foreign Literature, had the title UN Sustainable Development Goals + IFLA Global Vision = a Point of Growth for Modern Libraries? Bringing together two key areas of IFLA’s work, it was possible to draw a parallel between the UN’s efforts to build new and more collaborative ways of working, better tailored to local needs, and IFLA’s own global vision process.

Responding to a range of questions, Ms Pérez-Salmerón noted the key highlights and opportunities from the vision report, in particular those encouraging libraries to work more strongly with others in order to boost advocacy and deliver better services. 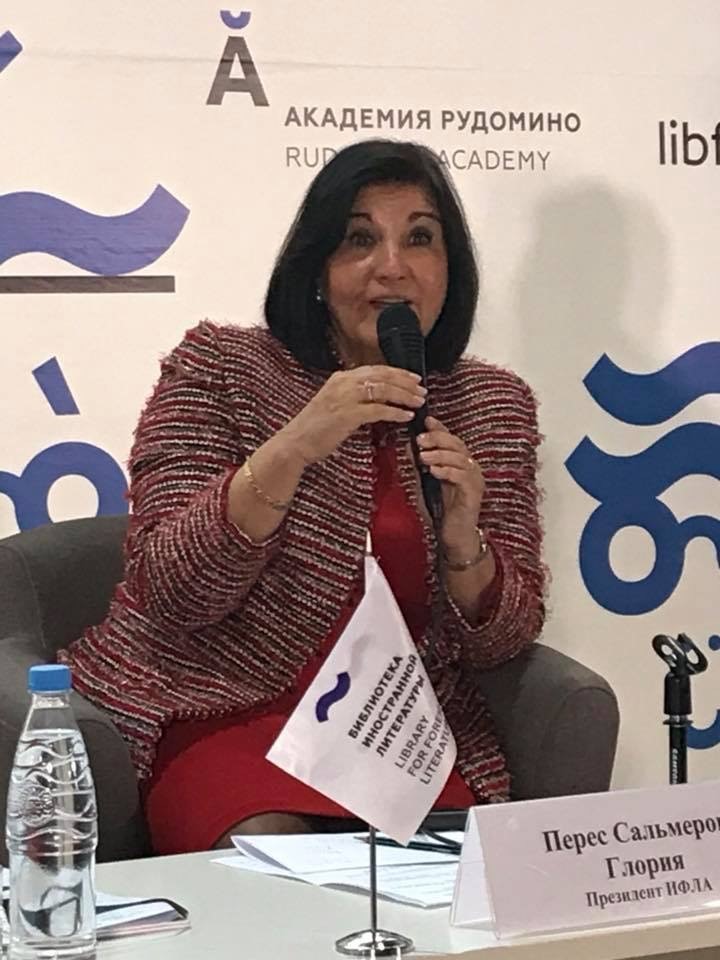 The work of the UN provided not only an example of new ways of thinking, but also an objective, with libraries working to ensure that they are recognised in National Development Plans.  Libraries themselves had a unique role in providing meaningful access to information. Their skills, knowledge and values would be vital in the new information age.

Ms Pérez-Salmerón has made "Libraries - motors of change" the motto of her presidency, stressing he role of libraries in the shaping people's worldviews. By taking an active part in society, libraries could become leaders in addressing such complex issues as information literacy, digital transformation, innovation, and copyright reform.

Libraries need to establish close cooperation in order to unite our efforts in the work that we have to perform in the coming years.

She argued that this could only be achieved by building the capacity of libraries and strengthening cooperation between them. "Libraries need to establish close cooperation in order to unite our efforts in the work that we have to perform in the coming years."

The visit also provided the opportunity to open formally the new training space opened by the IFLA Preservation and Conservation Centre in Moscow. This excellent facility will doubtless help realise even better the mission of the PAC Centres to share knowledge and training with other institutions.

Ms Pérez-Salmerón met with the director of the National Library of Russia, the acting Director General of the Russian State Library, and the Head of the Department of Foreign Library Science and International Library Relations. She also offered opening words at the official opening of the "Biblionoch" (Biblionight) 2018 in Moscow at the Turgenev Library, together with the Minister of Culture of the Russian Federation Mr. Vladimir Medinsky and the Minister of Culture of Moscow Government Mr. Alexander Kibovsky. 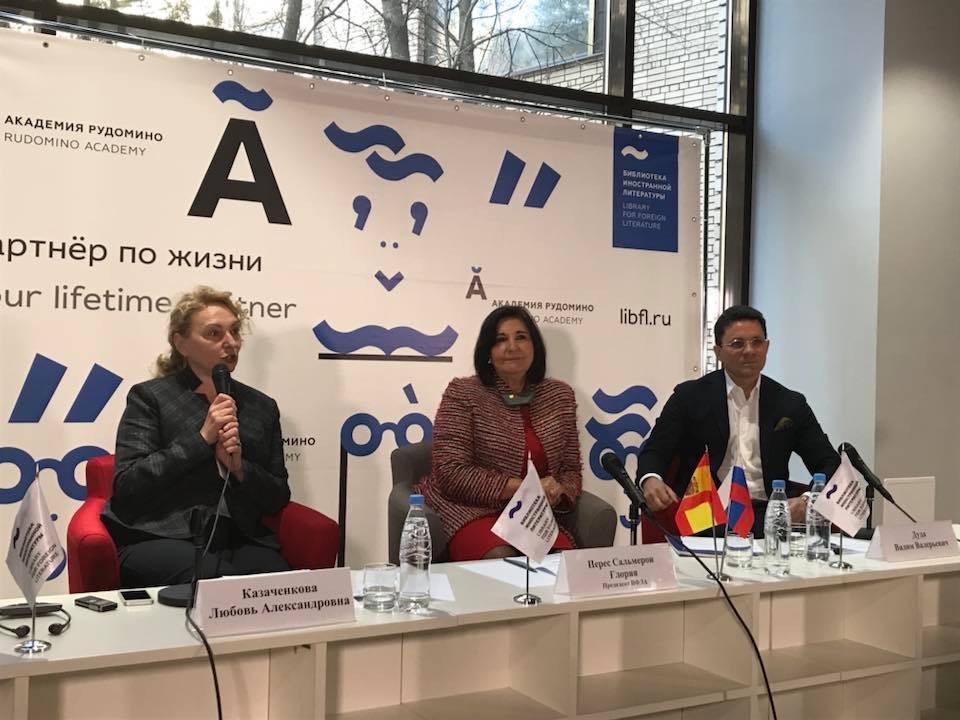