This event aimed to highlight and discuss the importance of access to information, the role of civil society, and in particular of libraries in the implementation and monitoring of the SDGs at local, national, regional and international levels to an audience of high level politicians, experts and officials. 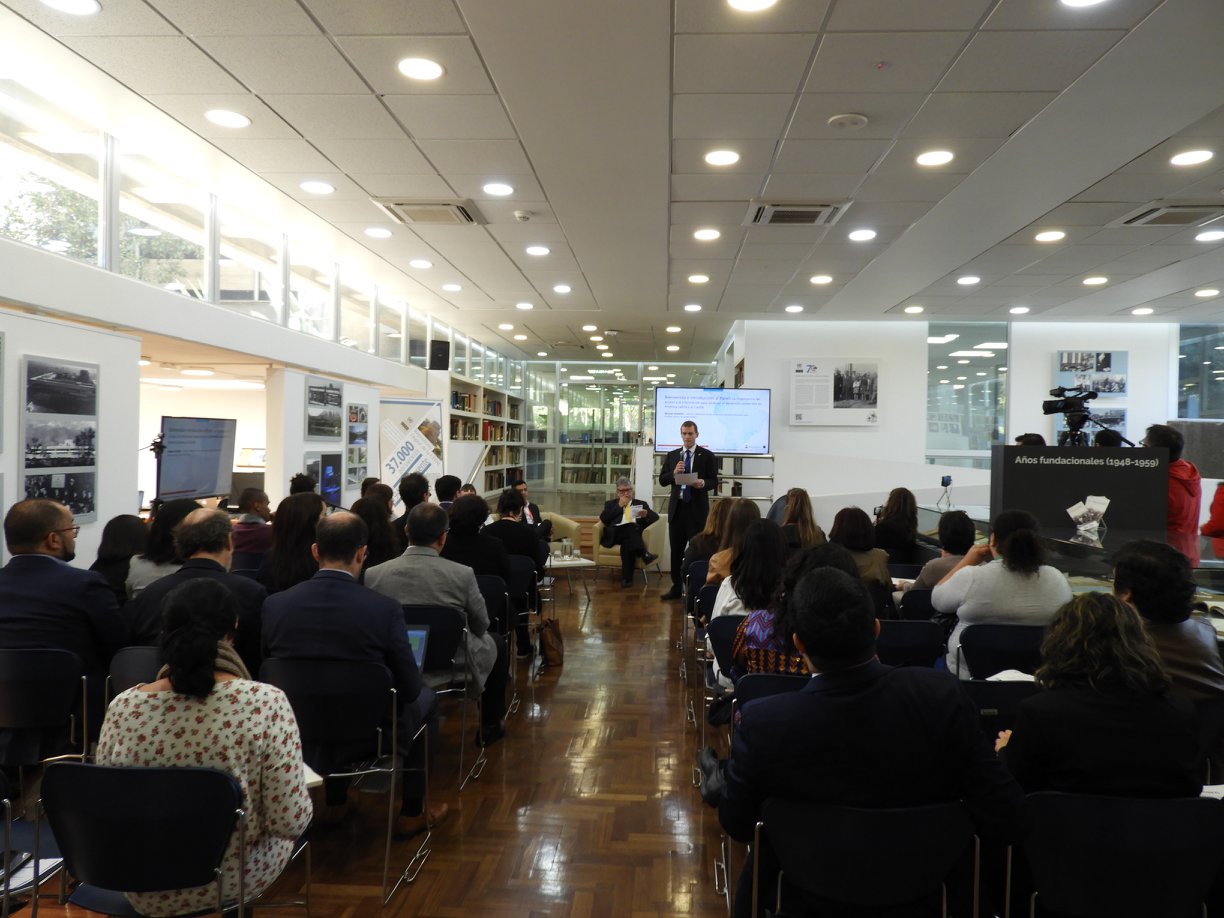 Wouter Schallier (Chief Librarian, Hernán Santa Cruz Library, ECLAC) welcomed participants to the event. He offered an introduction, setting the scene and highlighting the potential of the meeting to place access to information at the heart of the development discussion in the Latin America and the Caribbean region, at the national and intergovernmental levels.

There then followed two remote presentations by Carlos Henrique Fialho Mussi (Director of the ECLAC Office in Brasilia), who introduced the idea of developing a declaration on the importance of access in the region, and this side event, as way to coordinate libraries’ actions to influence the 2030 Agenda, and governments’ own political agendas. Guilherme Canela Godoi (Regional Advisor for Communications and Information at UNESCO in Montevideo) offered a detailed presentation about access to public information and the impact of information in decision-making and public policies. 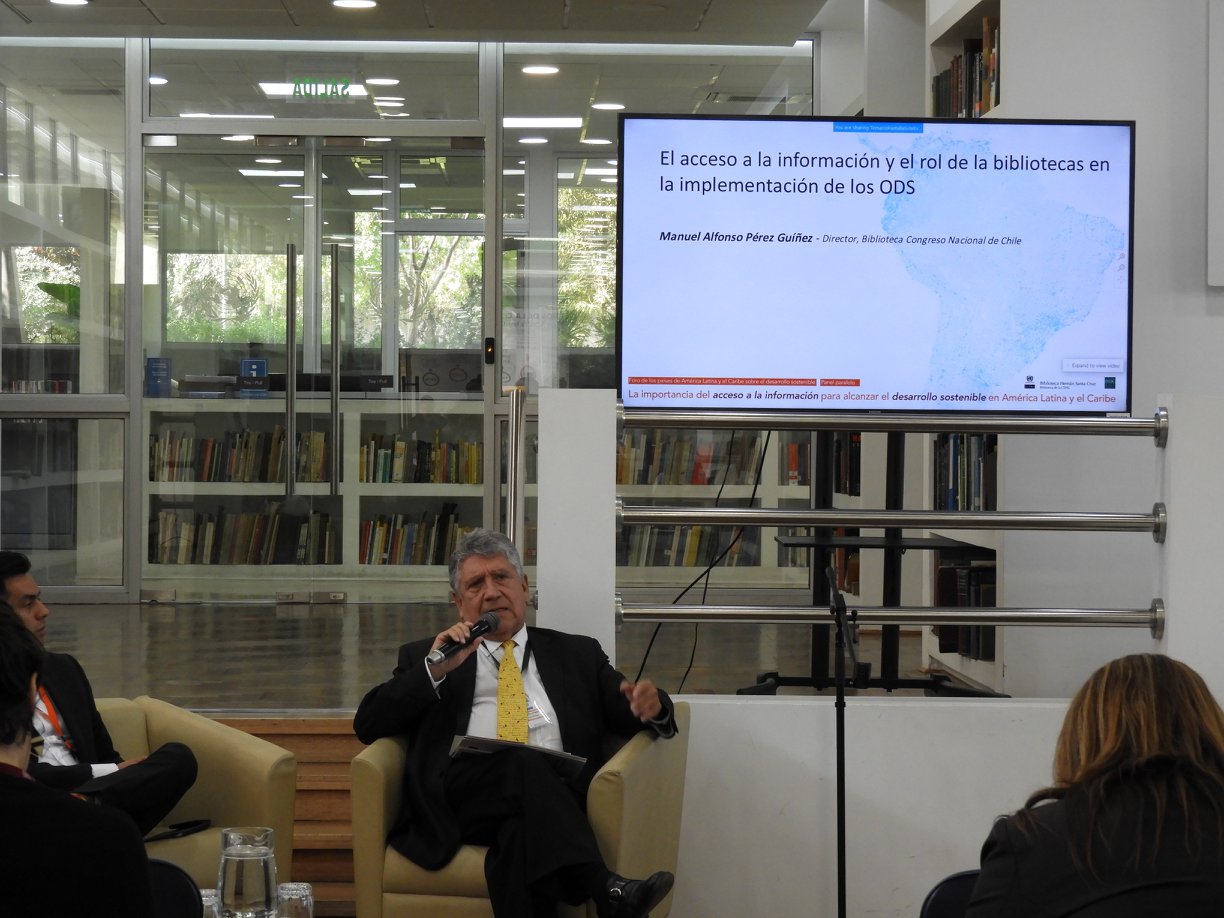 Complementing this message, Manuel Alfonso Pérez Guiñez (Director of the Library of the National Congress of Chile) then shared the inspiring work of the Library in support of the law making process in Chile, contributing to informed decision-making at a national level, and facilitating people’s access to information and understanding of their rights and duties.

It was then the turn of IFLA to speak, represented by María Violeta Bertolini (Advocacy Communications Officer at IFLA), Jonathan Hernández Pérez (CNB President, Mexico and Associate of IFLA’s ILP), María Angélica Fuentes (National Counselor of the CBC, Chile and member of IFLA’s IAP team for Chile), and Adriana Cybele Ferrari (FEBAB President and participant of IAP for Brazil). 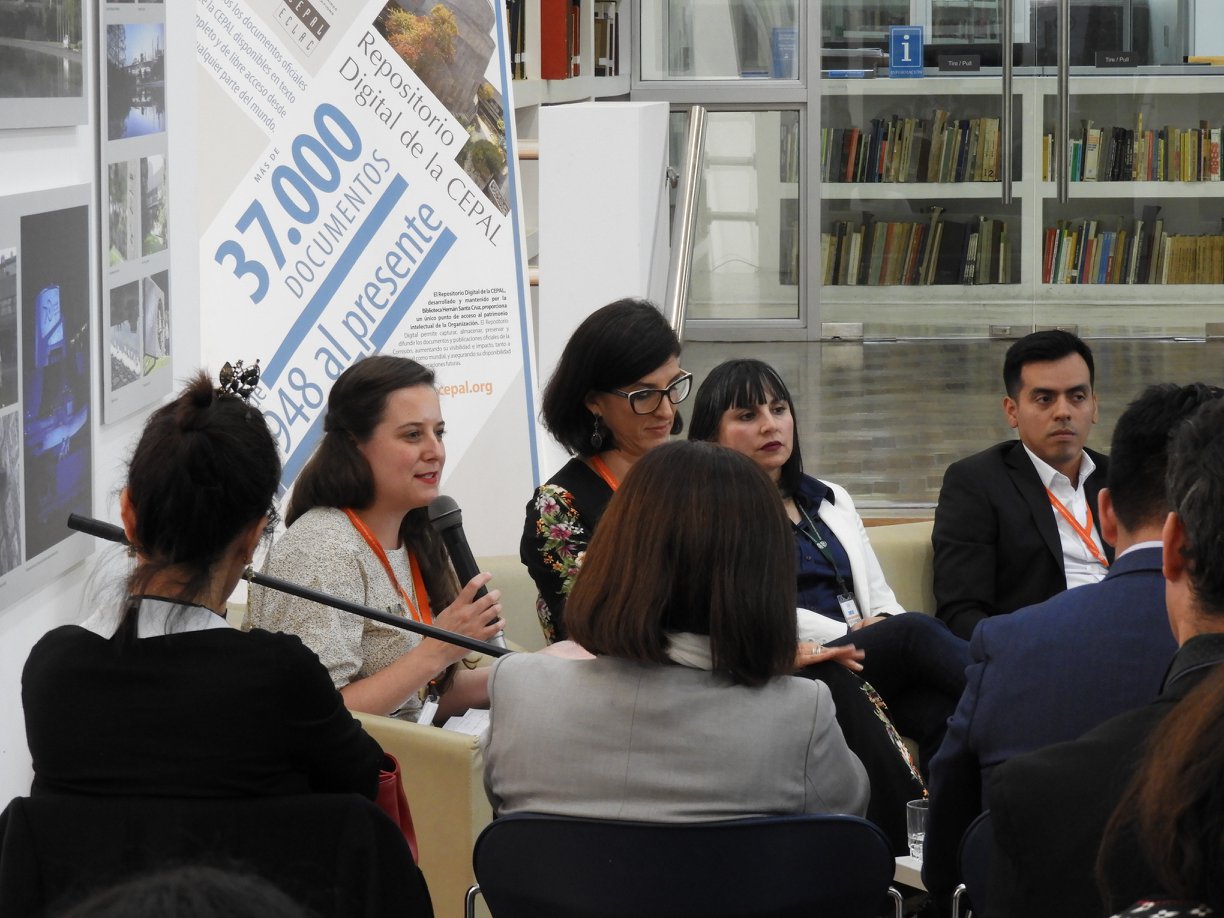 The introduction by Maria Violeta Bertolini (read speech in Spanish) presented access to information as a broad concept, including knowledge of all types and forms, and the need for this access to be meaningful to ensure people are able to use it to improve their lives. The Development and Access to Information (DA2I) report was presented, as well as the work of IFLA in promoting the role of libraries in achieving sustainable development and building capacity of the library field around the world. With this, the field could perform more effective advocacy and awareness raising on the 2030 Agenda and the SDGs, and gather qualitative and quantitative evidence through the Library Map of the World. 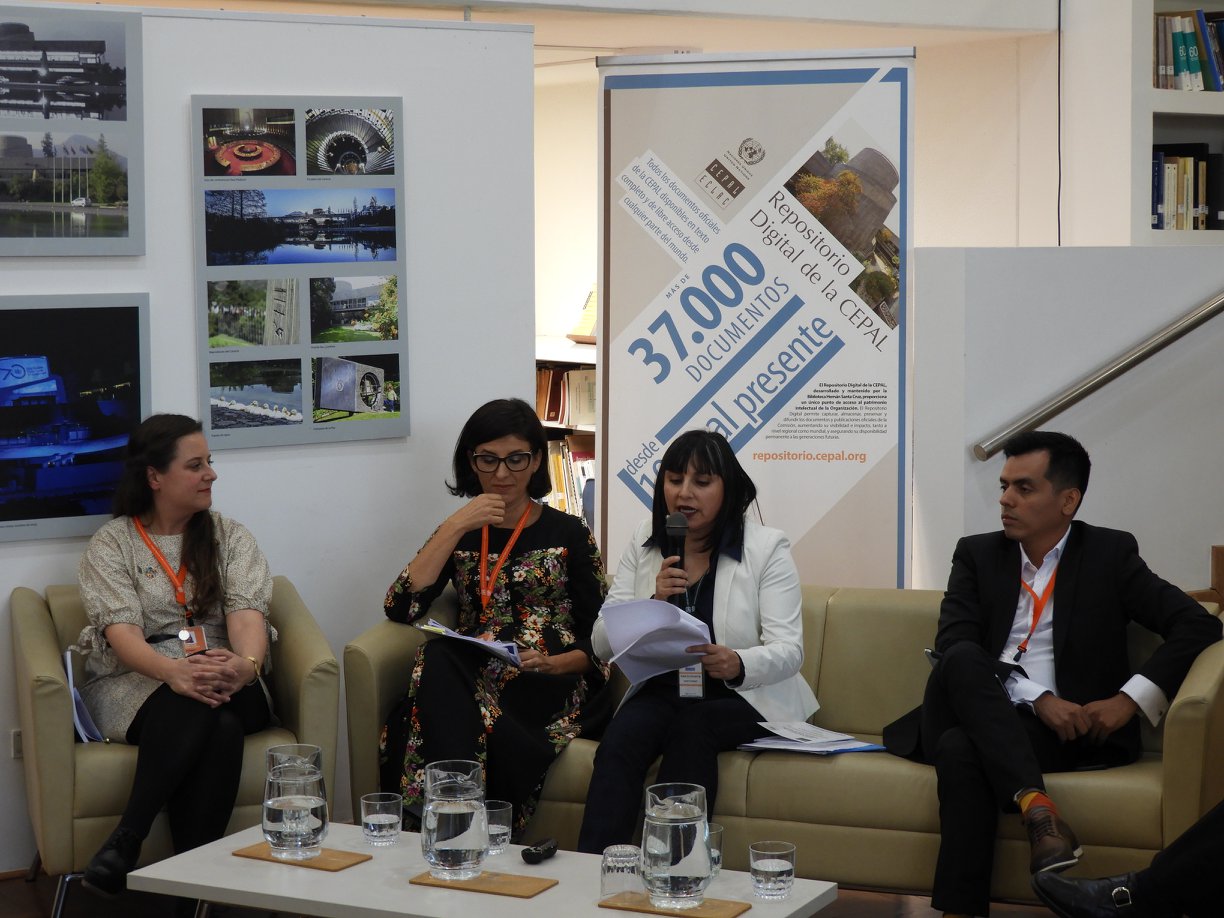 María Angélica Fuentes (read speech in Spanish) reported on the activities performed and key achievements by the CBC, as members of IFLA’s International Advocacy Programme, setting out both their deep commitment to this work and impressive achievements. The side event was also an opportunity to officially launch their booklet of best practices: “Bibliotecas, objetivos de Desarrollo Sustentable (ODS) y Agenda 2030 de ONU: Breve selección de Buenas Prácticas Bibliotecarias de Bibliotecas (BPI) de Chile” with a number of great examples of how libraries in all regions of Chile are contributing to all the SDGs. 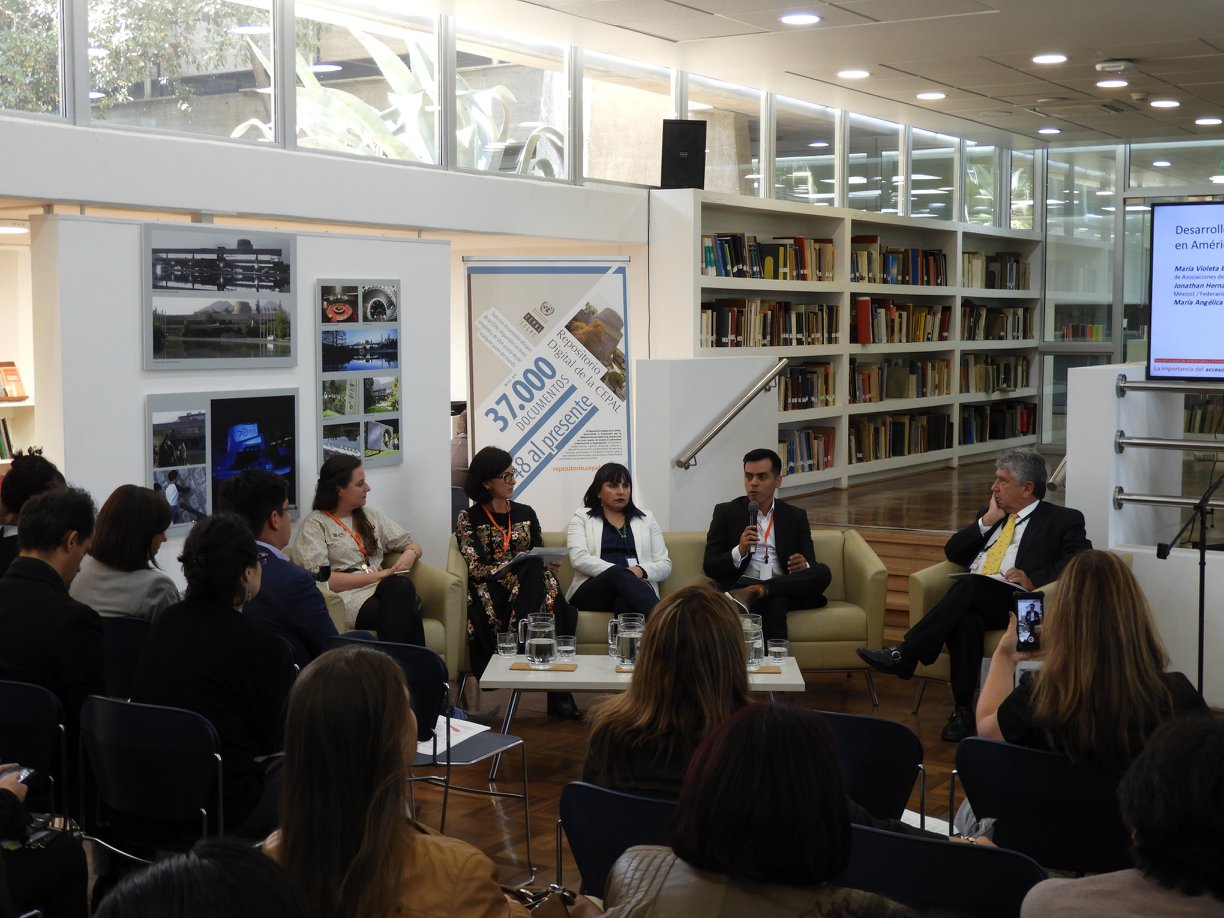 Jonathan Hernández Pérez (read speech in Spanish) presented on the importance of connectivity, public access and digital literacy to empowering individuals. He also pointed out the key role of libraries in fostering the creation of local content and safeguarding it for future generations. His presentation included some examples of how libraries in Mexico are contributing to development, particularly the Federal Law on Transparency and Access to Public Information (approved in 2016, mentioning libraries) and the mobile libraries initiative “Bibliobus” of the Autonomous University of Baja California Sur. 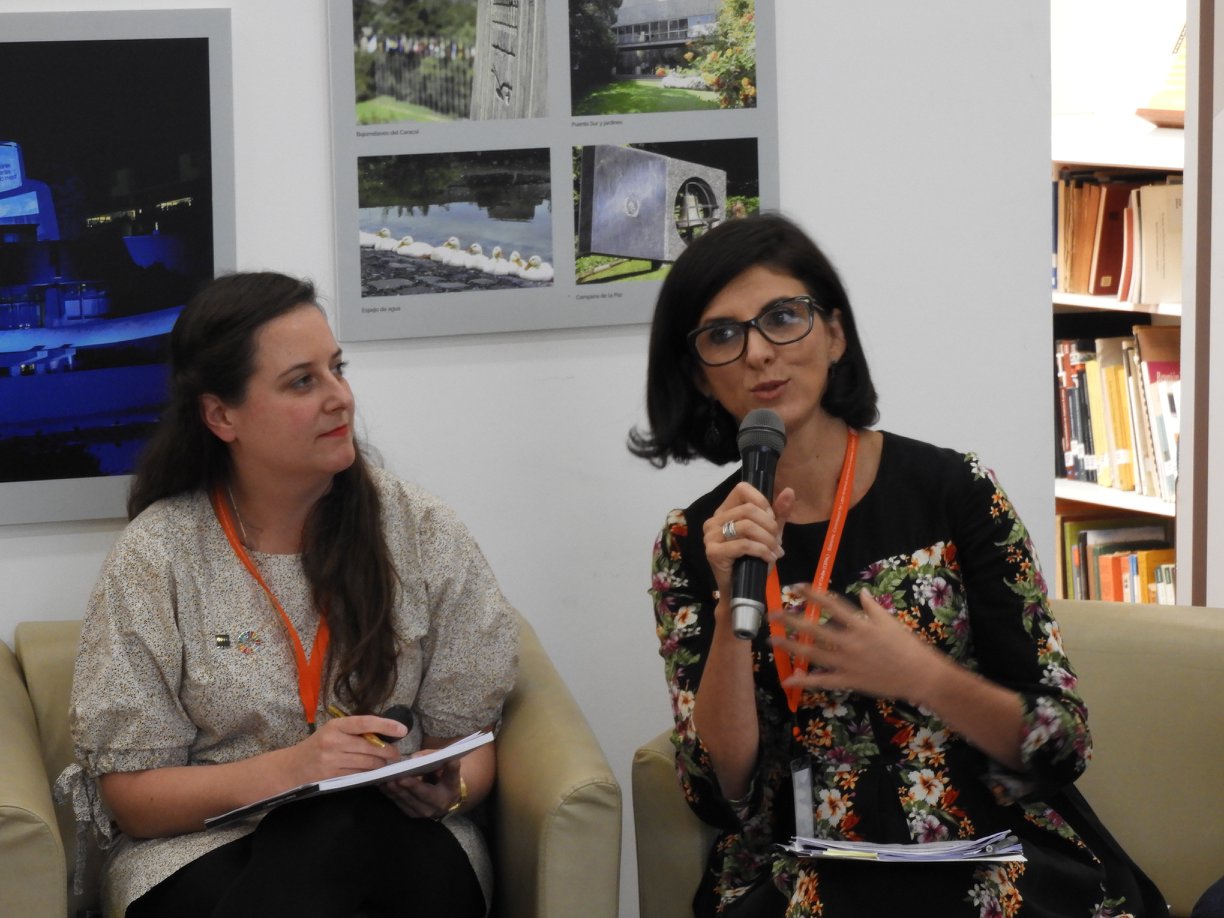 Adriana Cybele Ferrari (read presentation in Spanish) presented a draft of the “Santiago Declaration: Access to information to achieve sustainable development in Latin America and the Caribbean” (access the draft declaration in English, Spanish and Portuguese) with the goal of initiating a consultation process in Latin America and the Caribbean in preparation for the High Level Political Forum 2019. This idea, initiated by FEBAB and inspired by the 2015 Cape Town Declaration, was intended to be an instrument to show governments, and other stakeholders, that libraries are more than their collections, that they are living and dynamic spaces which transform people’s lives, and that they are committed to working in support of the SDGs. This was also an opportunity to briefly present FEBAB’s new booklet “Bibliotecas por um mundo melhor: Agenda 2030” featuring actions of libraries throughout Brazil in support of the SDGs".

The event was attended by an engaged audience of librarians, officials, academics and civil society representatives attending the Forum. After the presentations, a discussion took place with many interesting questions, comments and suggestions to ensure a stronger position for libraries in development, building a higher profile within and outside the library sector. 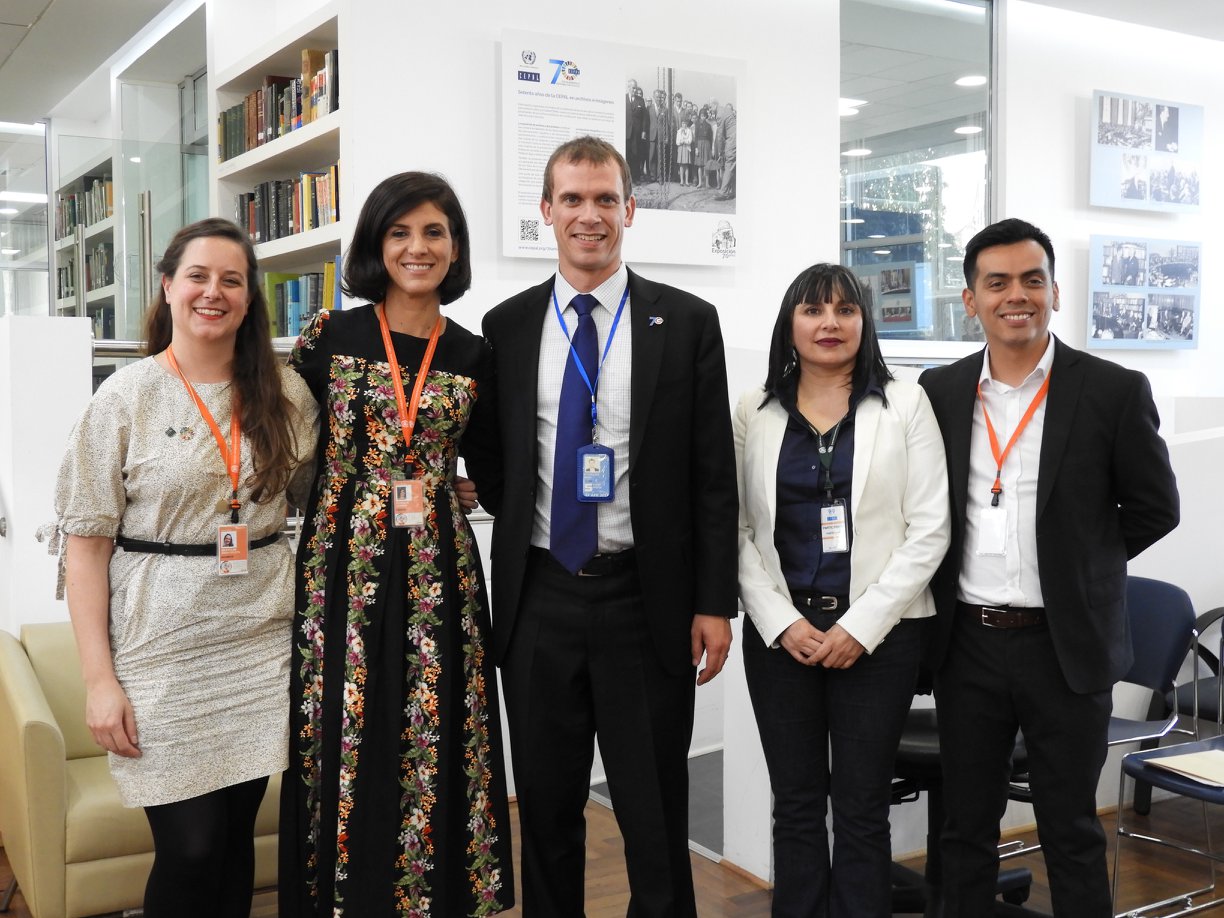 One of the final interventions by ECLAC’s Publications and Web Services Division Director, Ricardo Perez, focused on the need for libraries to leverage SDG 17 as a way to ensure continuity and support for their services, as well as to continue to gain ground in the areas of open data and open source, as a great opportunity.

In the afternoon of 19 April, at the session “Dialogues on multi-stakeholder contributions to the implementation of the 2030 Agenda for Sustainable Development” the Civil Society Declaration was presented.

After three days of work and consultations within the Civil Society groups attending the Forum, a comprehensive declaration was issued. IFLA took an active role in the drafting process, which included numerous contributions by all Civil Society groups.

This engagement paid off, with the inclusion of access to information and culture in the text of the Civil Society declaration (read the full Civil Society Declaration in Spanish). This is an important highlight of the event for libraries:

We demand that access to information be guaranteed as a human right; a participatory, inclusive and democratic agenda, where all people can empower themselves and benefit from economic and social opportunities, in an informed and committed way.

We denounce the reduction in the last year of budgets in education, health and culture in several countries of the region, and the increasing processes of privatization of these strategic areas for development.

This is a very important milestone, as part of IFLA’s efforts to raise the visibility of access to information and libraries in all 2030 Agenda fora around the world. Just as civil society organisations came together in 2014 to sign the Lyon Declaration, it is welcome to see that there is continued, and broad-based support for these issues.

Watch the recording of the side event in YouTube and see the pictures in Flickr, find out more about IFLA's work on libraries and development, the Development and Access to Information (DA2I) report, and the Library Map of the World SDG Stories.

Read the Santiago Declaration and sign your organisation up