One Step Closer to Access: IFLA Welcomes Progress towards EU Ratification of Marrakesh

Last week, the Council of Ministers of the European Union, representing its Member States, voted to approve the ratification of the Marrakesh Treaty. This opens the way to the EU and its 28 Member States formally joining the Treaty in the summer, opening up many new possibilities for access to, and exchange of, books in accessible formats for people with print disabilities. 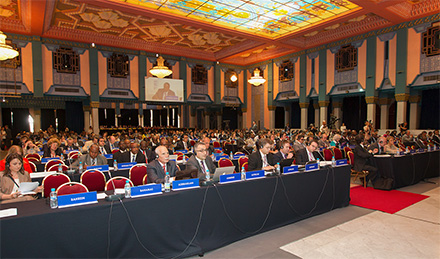 The Marrakesh Treaty: A Major Step towards Access to Information Worldwide

The Marrakesh Treaty promises to remove needless copyright-related barriers to knowledge for people with print disabilities.

It responds to a market failure – the fact that companies were not ready or able to produce books and other works in formats that could be read by everyone – by giving its beneficiaries, and the libraries that serve them, the right to make and share accessible format copies, including across borders.

For the developing countries where most of those with print disabilities live, the potential of the Treaty can only be realised if the large numbers of accessible books in richer countries speaking major world languages become available.

This is why European ratification of the Treaty is so important, given the number of countries worldwide where French, English, Spanish and Portuguese are spoken. This ratification moved closer this week, as the Council of Ministers of the European Union gave its approval.

Libraries Ready to Realise the Potential

Libraries across the European Union – and in all other countries that have completed all relevant procedures – will soon be able to provide a wider range of books and materials to their communities. IFLA is currently working on a guide to help them do this.

IFLA, alongside other organisations sharing its mission to promote access to information, will continue to keep a close watch on the way national laws are updated within Europe. In the light of the overall objective of the Treaty, governments have a duty to avoid creating or maintaining financial or bureaucratic barriers for beneficiaries and libraries, such as supplementary charges or unnecessary form-filling.

The EU’s imminent ratification is not just good news for Europeans with print disabilities and the libraries that serve them, but for the entire global community. We look forward to seeing this potential realised, and will remain vigilant to ensure that national implementation does not allow for any back-sliding.

CLM (Committee on Copyright and other Legal Matters), Access to information, Services to the visually impaired, Europe, Marrakesh Treaty