The European Commission first proposed ‘A Year of European Cultural Heritage’ in 2016. The idea was to encourage the sharing and appreciation of Europe’s creativity and shared history through events in cooperation between nations, regional and local authorities and the cultural heritage sector and civil society. In 2018 the common cultural heritage of Europe will be celebrated, supported by the European Council and the European Parliament. 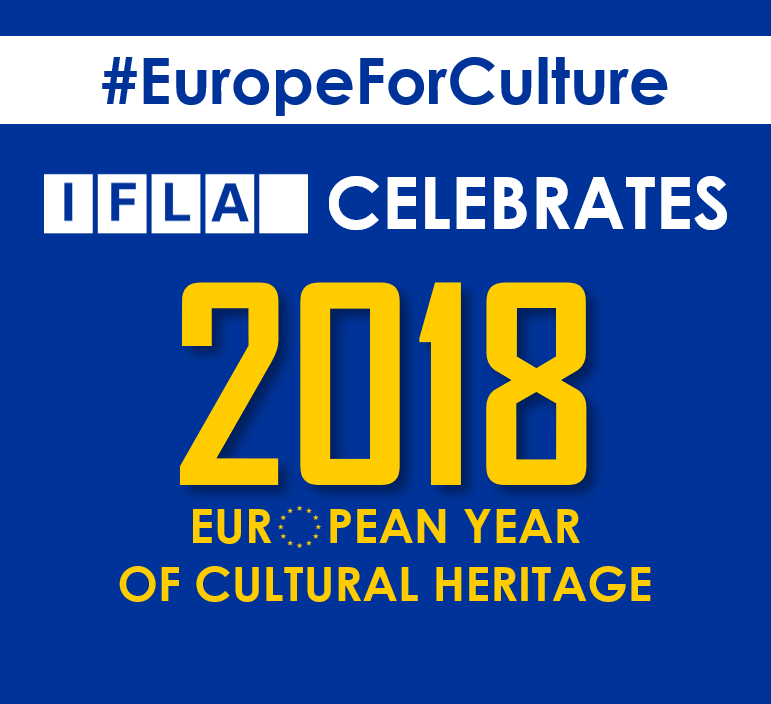 The official launch of The European Year of Cultural Heritage will be celebrated in Milan 7-8 December 2017 during the flagship event The European Culture Forum. The aim is to “highlight the role of Europe’s cultural heritage in fostering a shared sense of history and identity”. Throughout the year events will take place all over Europe, bringing together key players in the cultural sector to debate, promote and raise awareness on not only EU culture policy, but also reinforce a sense of belonging in a common European space under the slogan: “Our Heritage: Where the Past Meets the Future”.

One of the aims of The European Year of Cultural Heritage is to emphasise what can be done to protect cultural heritage. Libraries play an important role in preserving cultural heritage, as well as making it accessible to the surrounding community; from conserving ancient manuscripts to preserving digital-born documents, they help guarantee that researchers and citizens tomorrow will be able to understand life today.

Culture is a basic need. A community thrives through its cultural heritage, it dies without it

Preservation, restoration and access to cultural heritage has always been a priority for IFLA. An extensive Preservation and Conservation (PAC) network works actively to safeguard our cultural heritage and provide access for future generations. 16 PAC Centres, located in every corner of the world, are engaged in advocating about the need to preserve cultural heritage, covering a wide range of expertise.