While libraries may have a reputation as a place to come for peace and quiet, they can also be drivers of peace in the wider communities they serve. Around the world, they provide a welcoming space where all members of the community can come together, and offer services that build more equal, more participatory, and so stronger and more peaceful societies. On World Peace Day 2017, IFLA looks to highlight examples of how libraries contribute. 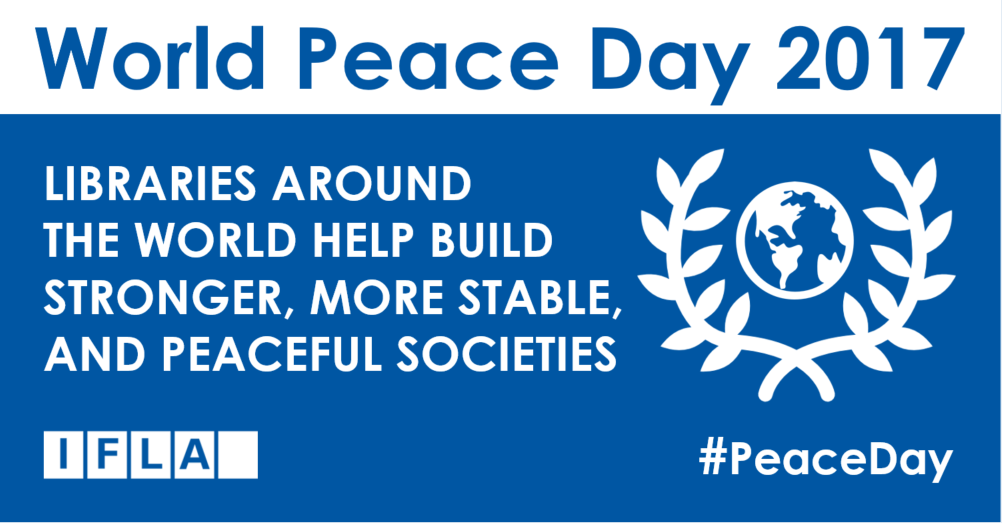 Libraries can provide a form of emergency service in times of conflict. Ferguson Municipal Public Library in the United States, which received the Library Journal Library of the Year Award, stayed open during the unrest in 2015, at a time when other services shut their doors. In doing so, it became an anchor for a community torn apart, providing a safe space and sense of normality. The following year, Enoch Pratt Free Library performed the same role in Baltimore.

Libraries are also central to efforts to ensure that the deal that ended the conflict with the FARC rebels in Colombia becomes a lasting peace. The government took the initiative to deploy twenty ‘Peace Libraries’, using the Ideas Box model created by the Libraries without Borders NGO. In doing so, a first step is being made towards reconnecting people, and allowing them to become part of ‘a national network bringing previously isolated regions together’.

As one of the first public services to return to these areas, they not only symbolise the re-engagement of government, but will have a major role in dealing with inequalities. Reduced access to education and information has risked putting residents of affected regions on the wrong side of a development gap. As is clear elsewhere, and is set out in the Development and Access to Information report, libraries can play a key role in building a more equal and informed society.

The Peace Libraries initiative also highlights how libraries can become launchpads for civic engagement and activism, promoting participation in public debates. The possibility to exercise the fundamental rights of freedom of expression and option will be key to building stable democracy across the country.

For example, the library at the East-West University in Bangladesh organised a human chain within the library, forming the peace sign and then holding an hour long session to discuss the importance of peace and human rights.

Finally, libraries can help in the healing process. Again in Colombia, the creation of a library dedicated to questions of conflict and peace offers essential resources for citizens and researchers. Libraries have also encouraged people to share their own stories, using the experience to put what they have lived through in context, and move forwards.

You can read more about the work of libraries in Colombia in this article shared by members of the Colombian Association of Librarians, as well as about the Libraries for Peace initiative of the Mortenson Centre in the United States.

If you have a story or want to make a pledge, you can share it on the Libraries for Peace Map.