EBU has been asking EU governments for their position on a binding WIPO treaty.

EBU: As a result of our petition to Parliament and Commissioner Barnier's appearance in front of Parliament, the Commissioner is expected to ask EU Member States for a mandate to negotiate and agree a binding WIPO "books for blind people" treaty. EBU urges them to give Barnier such a mandate. 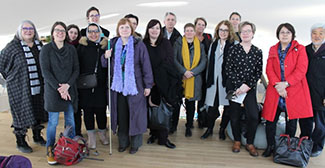