20th Session of the Standing Committee on Copyright and Related Rights 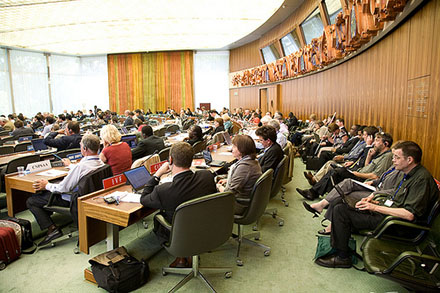 The three main agenda items addressed during the Session were:

The following statements were released by library groups at the meeting in connection with Agenda Item 7: Limitations and Exceptions:

Despite a great deal of time devoted to discussing exceptions and limitations during the four days of the meeting, the member states were unable to agree language for the final conclusions. The final session of the SCCR on Thursday closed at midnight without agreement, as reconciling the number of proposals on the table proved too difficult. At the end of the meeting member states still held divergent views on the wording for future work on the scope of an international instrument relating to exceptions and limitations which means that discussion on all of these issues will continue at the next session of the SCCR from November 8 to 12, 2010.