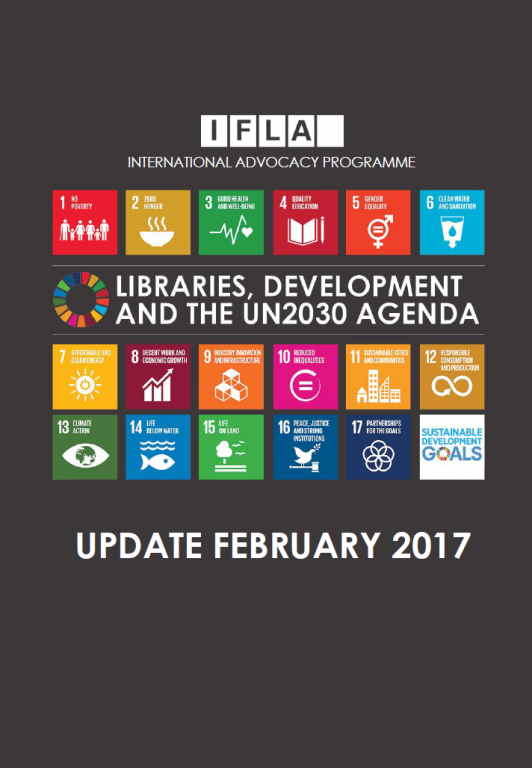 The International Advocacy Programme (IAP) launched by IFLA in the last quarter of 2016 is already showing extraordinary results. Participants from more than 50 countries are carrying out awareness-raising and advocacy activities to show the important role libraries play in development, and to ensure libraries are included in National Development Plans.

The IAP Update – February 2017 features activities reported by IAP participants since November 2016 until the end of January 2017. The document is structured in four regions (Asia Oceania, Latin America and the Caribbean, Africa, and Europe) where the IAP Regional Workshops have taken place. A list of countries covered by this update can be found in the document's table of contents.

Two more recent editions of this IAP Update were published in May 2017 with activities carried out by participants from February 2017 to May 2017, and in October 2017, including activities from May 2017 to the end of October 2017.

IAP is a new IFLA capacity-building programme designed to promote and support the role libraries can play in the planning and implementation of the UN 2030 Agenda and the Sustainable Development Goals (SDGs).

Through the IAP, IFLA aims to establish an engaged community of advocates who will clearly articulate the significant opportunities to increase the profile and impact of library and information professionals in the achievement of sustainable development goals.