Palaces for the People: Celebrating the 25th Anniversary of the Public Library Manifesto 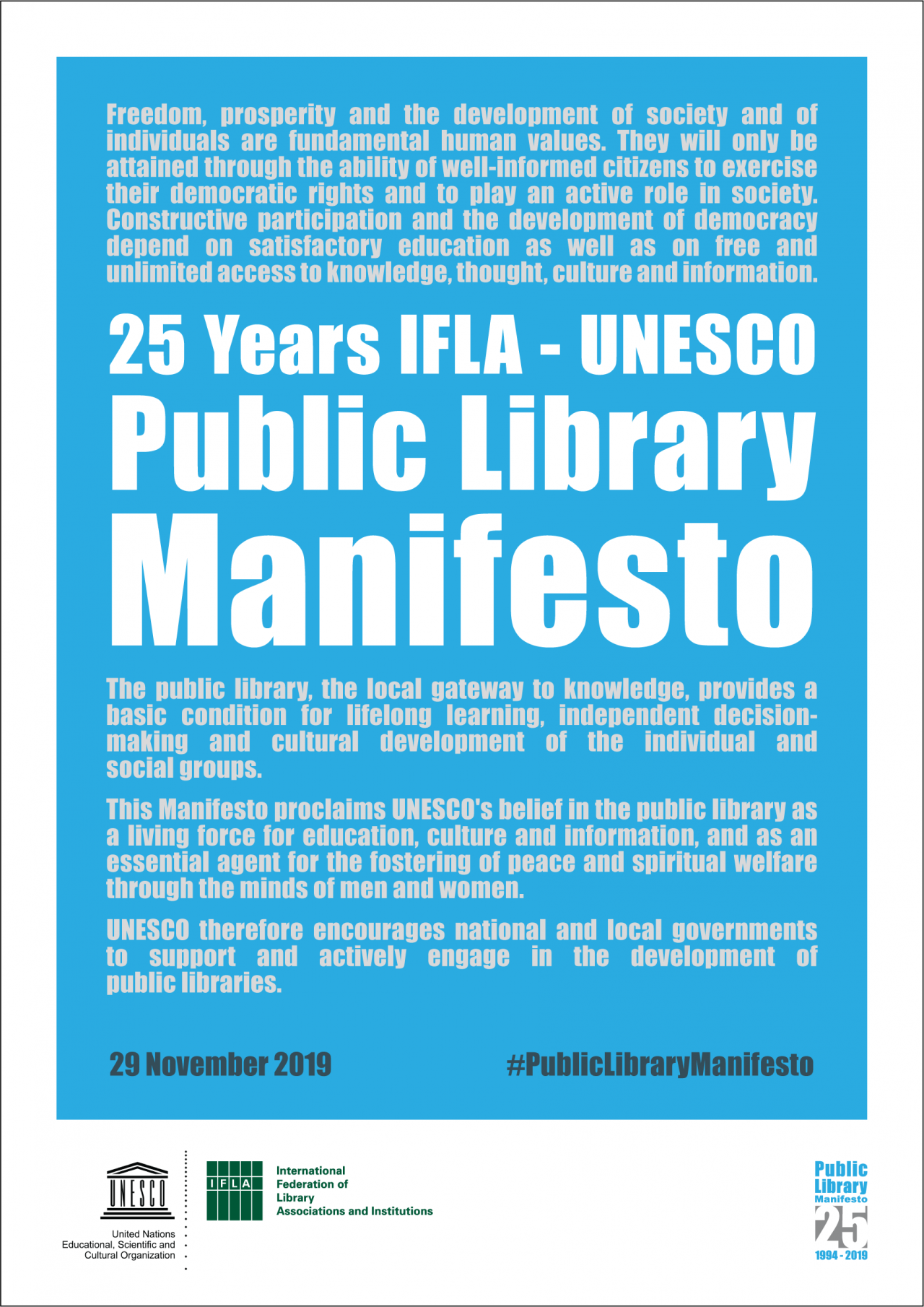 ​Today we are celebrating the 25th Anniversary of the current edition of the Public Library Manifesto.

This document, agreed by IFLA and the Member States of UNESCO, places public libraries at the heart of efforts to promote education, democracy and participation in culture.

The Public Library Manifesto clearly sets out the values that don’t just underpin the work of public libraries, but to a large extent, all libraries, everywhere. These shared values can be a driver and guiding star for our work to build a stronger library field, and so stronger communities and societies around the world, as set out in the IFLA Global Vision.

To mark the event, IFLA has encouraged its members around the world to act to celebrate both the Manifesto and the work and missions of public libraries themselves.

With a growing recognition of the value of physical spaces and opportunities for building connections and community, the need for public libraries appears as strong as ever.

Nonetheless, the need for advocacy at every level, as well as efforts within the field to define, share and implement good practices, remains high.

Over the coming months, working in particular through our Public Libraries Section and with UNESCO, IFLA will be looking at where the Manifesto could be updated to make it ever more useful for libraries and decision-makers alike.

The values and principles set out in the Public Library Manifesto are as important today as they were 25 years ago. So too is our work to make them reality. I look forward to working together with libraries and library associations everywhere to deliver culture, education and access to information for all, into the future.

Read more about the Manifesto in our advocacy toolkit.